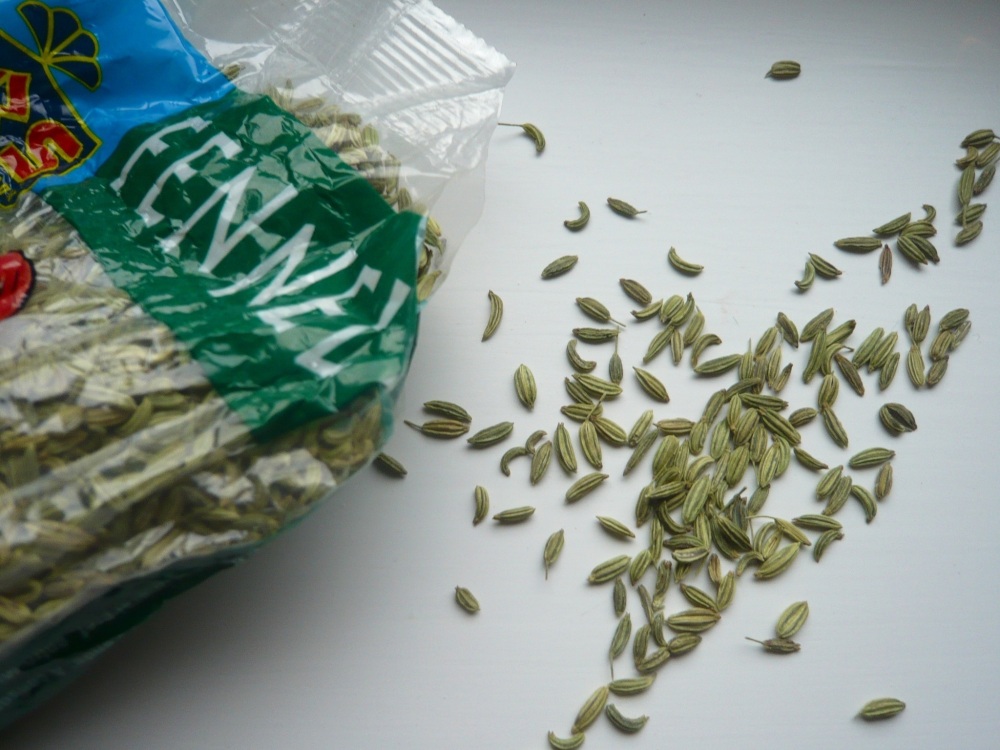 As is clear from my post about my recent dinner at the bottle apostle, I love the combination of sweet and salty in desserts (as well as using unusual ingredients such as olive oil, or fennel, in desserts) … I am clearly not alone in this obsession given the recent explosion of chocolate bars with sea salt and other unusual savoury ingredients, such as Vosges bacon chocolate (which I would have totally bought already did it not come with a GBP6 price tag in Selfridges …).

Adding a sprinkle of sea salt or, for an even subtler touch, some fleur de sel, on top of cookies, brownies, pralines or macarons for me really lifts something ordinary to something a bit more special. I also find that the addition of salt not only enhances a dishes’ flavour (unsurprising given salt’s properties of being able to do exactly that), but it often also rounds out a flavour – while a
chocolate cookie with the addition of sea salt will certainly taste more intensely of chocolate, the addition of salt will also stop the chocolate from being overpowering.

I have used sea salt in many otherwise sweet recipes and have been able to convince even the most sceptical people of the true awesomeness that is sprinkling sea salt on sweet baked goods (I do remember a certain colleague of mine who initially proclaimed my chocolate chip and sea salt cookies to be “unnatural” but then went on to gobble up 2 palm-sized cookies in a row, admitting “they were actually rather nice and moreish”). 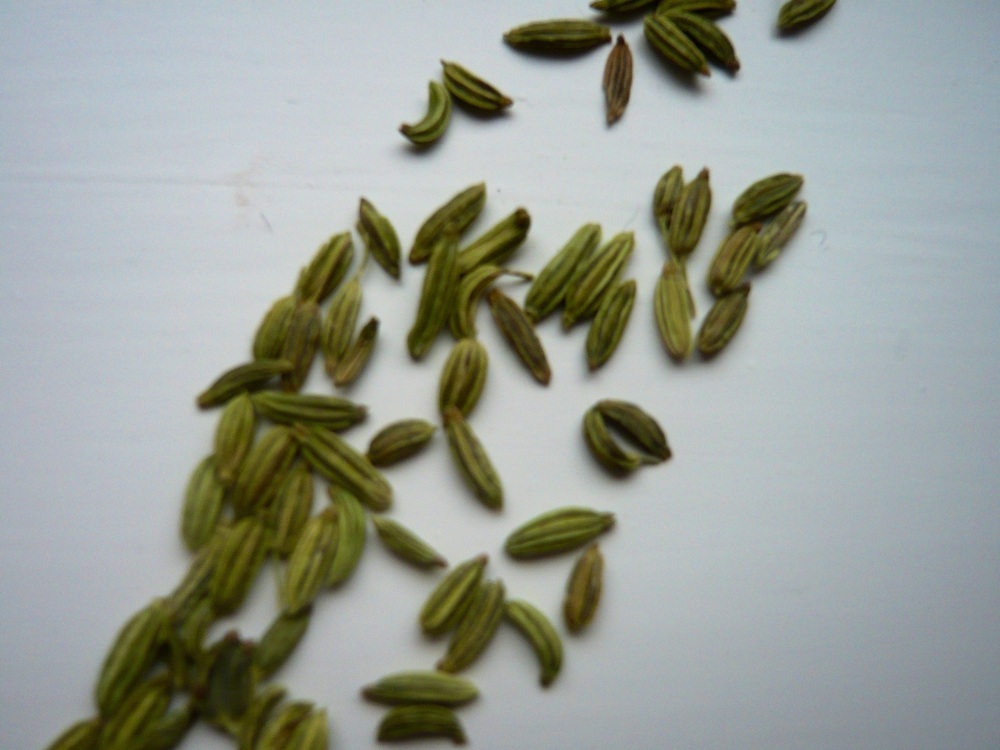 So, I used to hate fennel. With a passion. I remember reading Rhodeygirl’s block entry on what she used to call “liquorice” salad as a kid and shuddering. I have never been a big fan of liquorice (and I still get goose-bumps thinking of the one unfortunate time I tried a liquorice crème brûlée at Vivat Bacchus. I mean, why would you do that? Marry something so divine, so perfect, as a crème brulee, with the saltiness of liquorice that is almost acrid?

But, we all have to grow up eventually and when we do, our taste buds tend to change and so has my aversion to fennel. I am still not sure how this came about but at some point I very quickly moved from quite enjoying Tuscan “salsiccia con finocchio” (fennel salami) to becoming obsessed with a simple salad of thinly sliced fresh or grilled fennel, some torn fresh mozzarella di buffala (which I am lucky enough to be able to pick up fresh the day it is made at a Caseificio close to the house of Alessandro’s parents, and yes, a long distance relationship has a long list of cons, but this definitely is one of the “perks”, if you want to call it this, of being with Alesssandro), a few slices of San Daniele prosciutto (which I like because it is sweeter than Parma ham, well depending on which part of the leg you get). So delicious, yet so simple, I can easily whip this up after a long day at work. The first sweets with fennel I tried were some fennel and honey cookies I made for my dad one Christmas, quickly followed by the sweet round fennel studded taralli of Alessandro’s aunt over in the US. I then started experimenting a bit, adding fennel into recipes where I thought it would work – e.g. I made fennel-flavoured madeleines which were great, I also made fennel-studded cantuccini but that recipe needs some further work!

My recent dinner at the bottle apostle was the first time I tried a dessert where fennel was really the star of the show and where fennel was part of the trifecta of what makes a perfect flavour combination in any dessert: sweet / salty / fruity. Dessert was easily my favourite dish of the night and since then I cannot stop to think about all the possible desserts marrying chocolate, fennel and
sea salt (I mean, what about a moelleux de chocolate served with a scoop of fennel ice cream, a drizzle of olive oil and some sea salt? What about some truffles made out of fennel infused white chocolate ganache with a drop of olive oil in the centre, rolled in a mix of cocoa and sea salt flakes …?). So many possible combinations to play with!

Well, being female and all and not wanting to undermine the long-standing clichee of how much women love chocolate, I must also admit I love all things chocolate. While I would not consider myself a fanatic, I do have a stash of 5 different bars at home as we speak (sure enough, the current stash includes some milk and sea salt chocolate … well, it was fair trade!) and I am rather partial to the “cioccolato extra fondente” ice cream from Scoop in Covent Garden.

So while I am not the first person to come up with the combination of chocolate, fennel, olive oil and sea salt (I must at least credit the sous-chef at our dinner for introducing this into my life), I can at least credit myself for coming up with a means of enjoying this awesome flavour-combination in your own home in case you feel the lack of sous-chefs from Michelin-starred restaurants making you dessert on a regular basis as much as it pains me.

I therefore present you with a recipe for fennel-tastic Oreos – home-made oreo cookies filled with a fennel-infused white chocolate ganache, a drizzle of olive oil and a sprinkle of sea salt. I used the recipe I found on Crepes of Wrath but adapted it sightly in terms of technique as well as flavouring for the filling 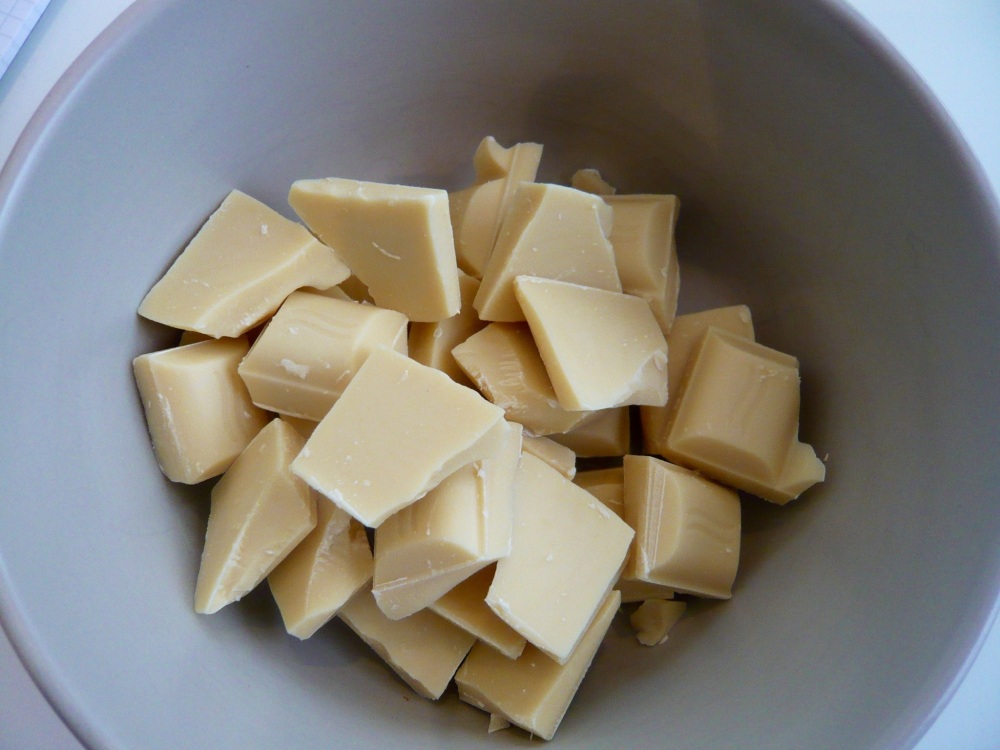 3. Heat the cream again to boiling point and pour over the chopped white chocolate. Stir until all the chocolate is melted. Let cream cool until it is thick enough to pipe or spread (depending on the temperature of your kitchen this could take up to 6 hours). Don’t be tempted to speed up this step by popping your ganache into the fridge – it will likely mean the ganache will harden too much on the top while still being too soft to pipe in the middle. Patience is a virtue people!

Because I am a nice person, I will start this with an important disclaimer: these cookies are a pain in the b***. Yes, you heard me. The dough is sticky (even when chilled), you need to roll it out
between two sheets of parchment paper, once the cookies are cut, you will need to peel the sticky dough off the parchment paper and at first attempt, out of sheer frustration, I stopped after the second sheet of cookies (having made a grand total of 8 sandwiched cookies). But, I encourage you to persevere through your utterances of blasphemies because all that stickiness is worth it. The cookies are crispy and chocolatey just like an oreo should be, and the combination with the
fennel ganache, the olive oil and sea salt is stunning.

1. Beat the butter and sugar until the butter is pale and fluffy, the sugar no longer feels gritty and the mixture has increased in volume (ca. 3-5 minutes).

2. Mix the flour with the cocoa powder, the salt and the baking powder.

3. Beat the flour mix into the butter-sugar mix in one go. Yes, the dough will be sticky as hell, but, do persevere. Once the dough comes together in a ball, I would recommend wrapping the dough in clingfilm and chilling it in the fridge for 30-60mins so it holds together a bit better when rolling out.

5. Roll out 1/4 of the dough to 1/8 inch thickness between two sheets of parchment paper. Using a 2inch round or fluted cookie cutter, cut out your cookies (leaving about 3 inch worth of space between the cookies). Peel away the excess dough and continue to cut out cookies until all dough has been used.

2. Pipe a good sized ring of the fennel ganache on half the cookies (leaving a little rim around the edges – when later you gently squeeze the 2 cookie halves together, the ganache will ooze closer to the cookie edges).

3. In the middle of your ganache ring, drizzle a few drops of olive oil and sprinkle with a small amount of sea salt/fleur de sel.

5. Ideally, serve immediately (as the olive oil will otherwise soak into the cookie and what you are after here is the same effect you get from biting into one of Mr Herme’s macarons – a little surprise in the middle of your cookie). If making these in advance, I would cover the whole cookie with ganache (again, leaving a little rim around the edges) but making a little dent in the middle into which you can drizzle your olive oil and sprinkle a little more of the sea salt (so this can stand up to the ganache) – this will stop the olive oil from soaking into the cookie (provding your little dent is deep enough so the oil won’t seep into the top layer of the cookie either.