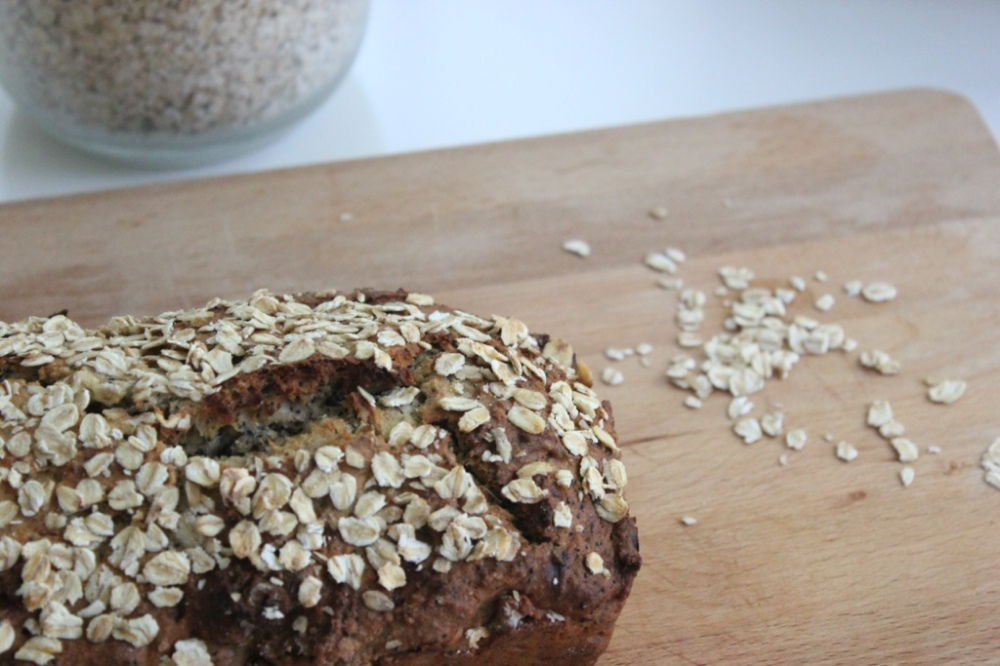 This was my first weekend in Italy and I had high hopes of sharing with you something I cooked up in my new kitchen these first few days in Italy. Alas, although I did experiment with a lemon drizzle cake recipe using a local citrus fruit called Mapo (a cross between a mandarine and a grapefruit) which is not quite ready for sharing (or I simply need to get to know my new oven a bit more), I have spent very little time in the kitchen so far. As with every move (let alone one that has taken me halfway across Europe) there was a lot of unpacking, various trips to the supermarket to buy cleaning products and stock our pantry and, quite rightly, a good time spent relaxing on the sofa after the craziness of the last few weeks and the big move.

Most of the photos below (well, all those other than the ones I took on our first walk around Rome) are thus a few weeks old already, taken off the last loaf of banana bread I made in my old kitchen, a further attempt to empty my pantry before the big move (although not very visible in the photos this explains the addition of poppy seeds to the banana bread).

Until about 2 years ago when I discovered in Thailand that bananas are actually quite an aromatic fruit (who knew they were not just sweet and mushy), I really wasn’t a fan of bananas by themselves – although happy to down my dad’s homemade banana ice cream or a banana milkshake by the pint, I never ate a banana by itself, I hated the fried banana desserts you get in so many Asian restaurants and barely tolerated its addition to fruit salads and the like. Anyway, at some point I started becoming a fan, no doubt caused in part by wanting decent high energy food to fuel training for my first 3 half marathons.

Given that I now actually like having bananas around in case I get hungry, before heading to the gym, to put on porridge etc. I invariably end up with a few rather sad looking brown bananas each month – definitely too brown to eat just like that and also too ripe to be frozen and thrown into smoothies (although I now like bananas, I still prefer them to be green and crunchy!). And this is where homemade banana bread comes in.

My parents have Dan Lepard’s banana bread recipe pinned to their kitchen noticeboard, mainly because they like that Dan’s recipe produces a pretty dense and hearty banana bread that is not too sweet and thus perfect for breakfast or as a hearty snack in the afternoon. Although I like Dan’s recipe, over the years I have used so many different banana bread recipes, that I have now ended up with my own variation (factoid 1 of the day: training for three half marathons produces a surprising amount of left-over brown bananas; factoid 2 of the day: banana bread makes excellent pre-long run fuel) – a recipe that is happy to be halved (or doubled), a recipe that does not mind if I swap 1/3 of the flour with left-over almond pulp from making almond milk, a recipe that tastes like cake even when using wholemeal strong bread flour.

2. Mix the flour, sugar, baking powder and pinch of salt together in a separate bowl.

3. Next, mash your bananas – the easiest is to use an immersion blender (which will produce very smooth banana puree), but I actually like my banana bread with a few moist chunks of banana so I tend to either mash the bananas with a fork on a chopping board (easier than trying to mash bananas against the curved walls of a mixing bowl) or I mash them by hand (which is inifinitely more fun than holding an immersion blender!). You decide – options 2 and 3 are obviously messier. Combine the mashed banana with the milk, eggs and oil. Beat with a whisk until well combined.

4. Stir the walnuts into the banana mix.

5. Add the flour mix to the banana mix and stir quickly together.

7. Place loaf pan in the oven for ca. 55 minutes or until the banana bread is golden brown.

Suggestions:
– you can substitute the walnuts with other nuts or even a seed and nut mix;
– my old flatmate Millen likes adding chocolate chips to the banana bread:
– if you want a subtler banana taste you can use some vanilla sugar or vanilla essence:
– in winter you can add pumpkin spice to the mix;
– scatter some oats on top of the batter for a slight crust;
– for a slightly more decadent breakfast, try toasting a slice of the banana bread and eating it with salted butter and a drizzle of honey! 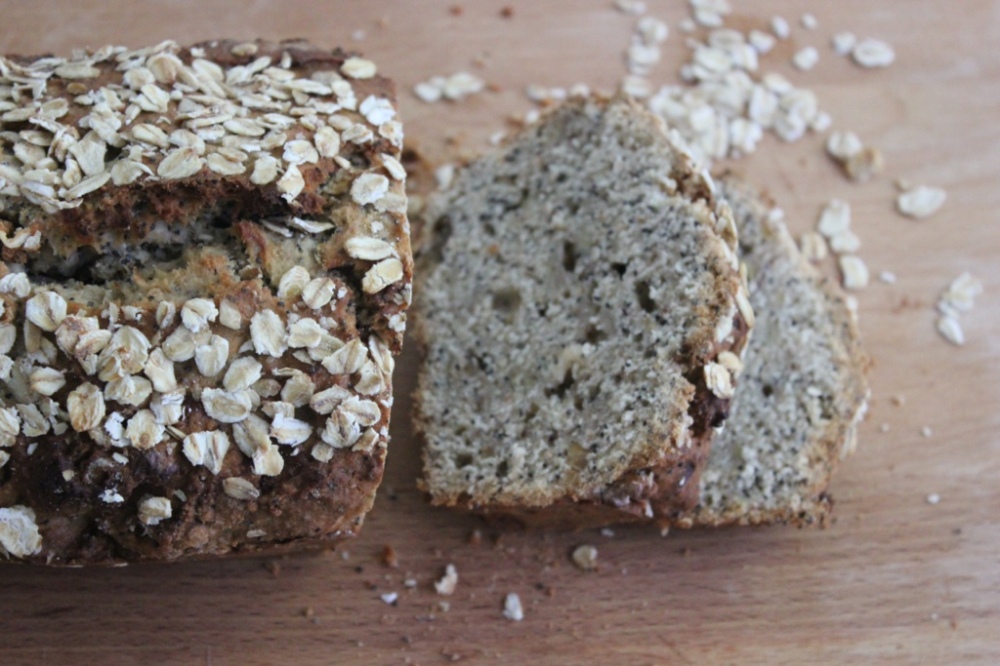