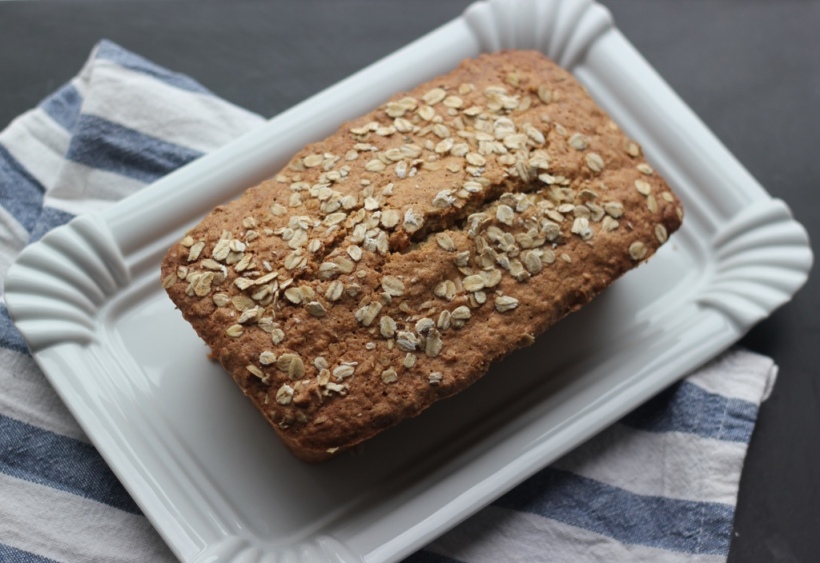 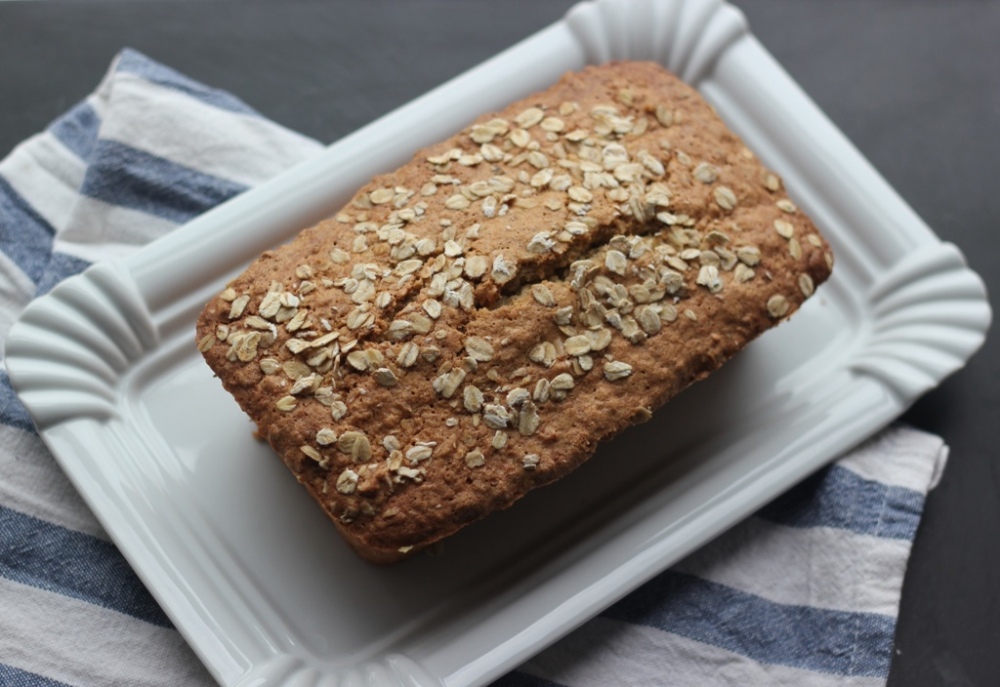 Despite my undying love for the buckwheat crepes of childhood holidays in Brittany, it took me a while to come round to the idea of baking with buckwheat flour.

Buckwheat first found its way into my kitchen a couple of years ago when my local Planet Organic in London ran out of my favourite jumbo oats for 2 days in a row and I picked up the next best alternative I could think of at the time and bought a bag of buckwheat flakes. Here I was thinking that buckwheat flakes might simply produce a heartier, nuttier porridge. Boy was I wrong, my usual method of toasting the oats in a dry pan, adding double the amount of water to oats, a good pinch of salt and a glug of milk, bringing this to a boil before simmering until nice and thick, produced a greyish soup reminiscent of plywood chips mixed with woodglue (a taste that no amount of maple syrup was able to mask). Not being one to waste food, I dutifully finished that bag of buckwheat flakes, throwing it into smoothies, muffins, home-made bread, anywhere really where I could be sure I would not be able to detect the buckwheat in the final product. 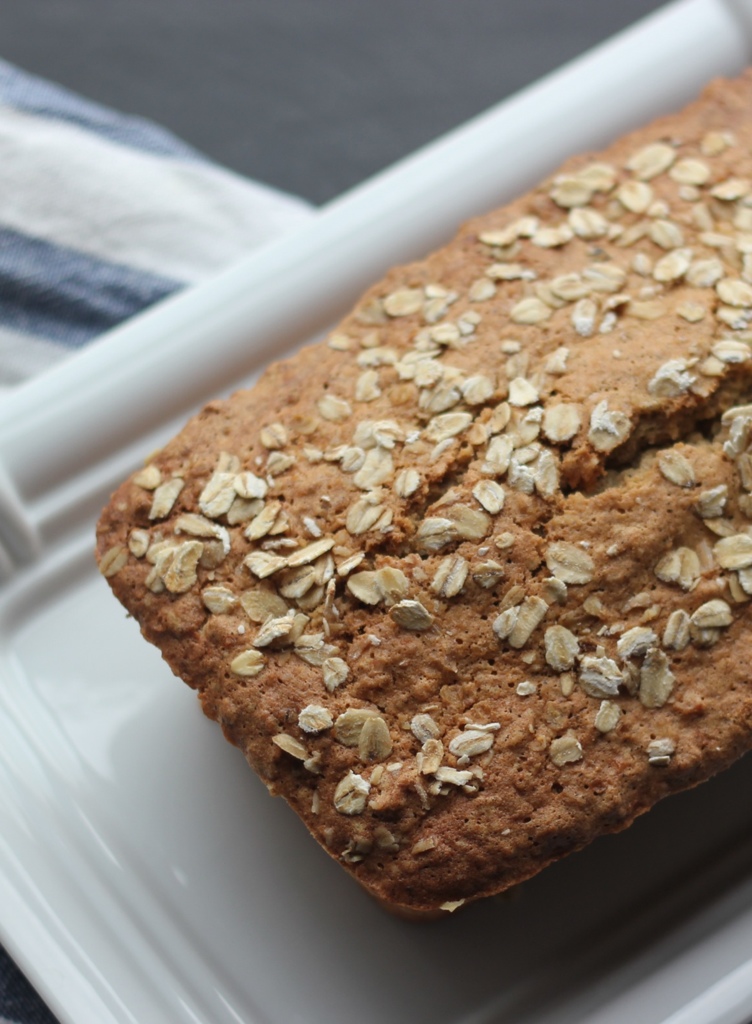 Given this painful episode, I am not sure what got into me to pick up a bag of buckwheat flour on our last trip to the supermarket after a long week on the slopes. Maybe it was the reassuring blurb on the packaging that let me know that I could make pasta with this flour. Suffice it to say I had no particular plans as to what exactly I would be creating with that pound of flour (not a rare occurrence with things I buy on trips, I just like taking home hard-to-find local ingredients and things to remind me of particular places). As I unpacked my bags, I quickly found the answer – I noticed a small sheet of paper in the grocery bag that had four recipes printed on it, all typical regional dishes, and one of these recipes was for a Torta di Grano Saraceno (or Buckwheat Cake).

The recipe was intriguing, the ingredient list read like a traditional pound cake recipe (listing equal amounts of butter, sugar, flour and eggs), yet also called for a heaping portion of chopped almonds, while the directions read more like the directions you would expect for a French biscuit (or Genoise cake), requiring the eggs to be separated and the whipped egg whites to be carefully folded into the other ingredients. This juxtaposition of what sounded like a hearty and nutty cake with the preparation method of one of the most delicate cakes I know had me intrigued.

In the end I tweaked the original recipe slightly, decreasing the ingredients to ensure it would fit into my loaf pan (the original recipe makes 2 small round cakes that are filled with raspberry jam and sandwiched together), substituting the almonds for coarsely ground oats (a substitution which works wonderfully well) and using muscovado sugar instead of regular white sugar.

The cake rose beautifully thanks to the mountain of egg whites I folded into the batter and tasted, for want of a better word, divine. As much as I like big and bold flavours the older I get the more I appreciate and seek out recipes that allow individual ingredients to shine and this is exactly what this recipe does. The cake is incredibly light yet has a certain nuttiness both from the buckwheat flour and the chopped oats and the muscovado sugar adds a hint of vanilla-toffee flavour to the cake. I initially thought I would have this for breakfast with a smear of jam on top (replicating the original recipe) but in the end I ate the cake unadorned because it is perfection just the way it is.

Buckwheat Cake
While this recipe is not mine, sadly the sheet of paper the recipe came on did not provide a source for the recipe

1. Pre-heat the oven to 180 degrees and grease a loaf pan with a little bit of butter.

2. Start by beating the egg yolks together with the butter and 100g of the sugar until the mixture is pale in colour and has grown in volume (this should take ca. 4-5 minutes). You can do this either by hand or with an electric whisk (I prefer doing this by hand as this saves me from having to meticulously clean my beaters before whipping the egg whites. You may be less lazy).

2. Add the buckwheat flour and ground oats to the egg yolk mixture and stir to combine.

5. Pour the batter into the prepared loaf pan and place in the oven for 1 hour or until a skewer inserted into the middle of the cake comes out clean.

6. Leave to cool in the pan for ca. 5-10 minutes before carefully inverting onto a plate.

7. Serve as is or with a dusting of icing sugar. You could also serve some cream and jam on the side for tea, and I am sure toasting a slice of the cake and serving it with some salted butter and maple syrup would make for a steller, although slightly indulgent, breakfast. 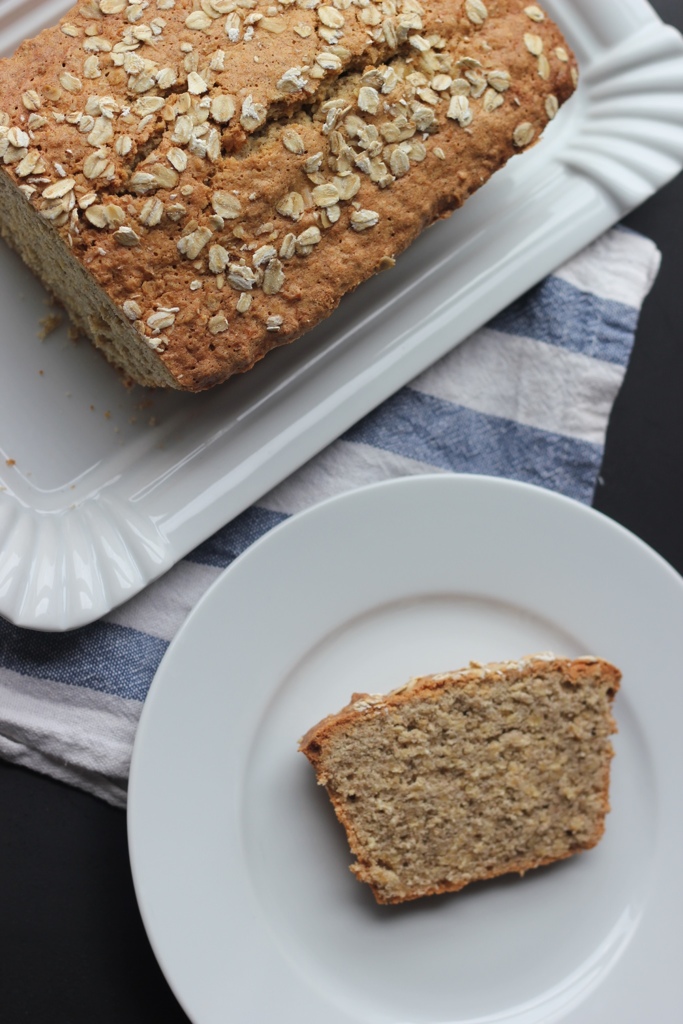