This space has been a bit quiet lately. Not that I haven’t been in the kitchen but lately there were a few mishaps, some more dramatic than others (like the second birthday cake I made for my mum – I loved my idea of a cake replicating the flavours of a Mont Blanc, but, alas, I managed to burn the dark chocolate ganache. At least it taught me to always trial a recipe before a big event!). The truth is, while a number of things came out of my kitchen that were perfectly edible (some toasted rice infused truffles I made were divine, albeit very different in flavour than what I had expected) none of them were good enough for sharing with you all (although I am hoping to revisit these recipes and present them to you once I have nailed them). But today I have a recipe for you that not only works but is as simple as whisking together pancake batter, a Far Breton.

After spending my first summer holidays on a farm in Northern Germany (which I have so many fond memories of, although my mum mainly remembers asking my dad to bring tights and woollen jumpers when he was coming back from a business trip to stay with us, yes, that’s what a German sea-side summer vacations are like), my first summer in Brittany was positively exotic to me – the baguette we had for breakfast, the oyster banks we could see from our house at low tide, the language the neighbours’ kids spoke and, above all, the food. I still remember walking down the supermarket aisles in the hypermarche and being in awe at the wall of yoghurts staring back at me, all the creme caramels, the ile flottantes, the mousses au chocolat, the different types of mustard and the smelly cheese my parents would buy. 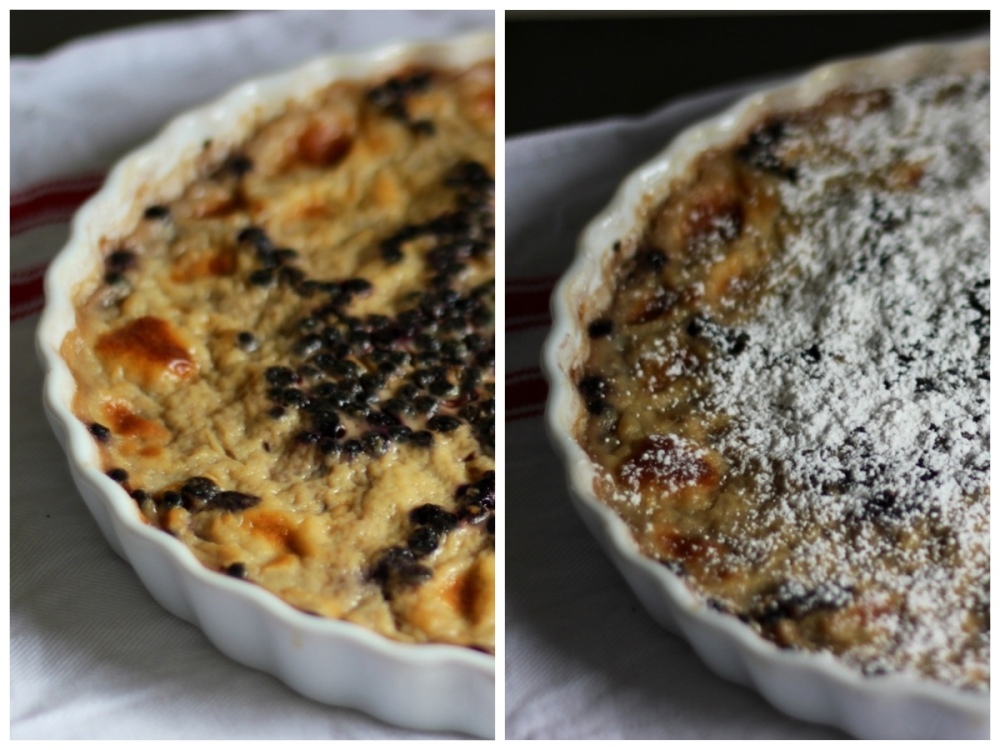 The house we rented with family friends for a few years in a row came with an outdoor stone oven which, at least once during every summer was used by the landlord to prepare a big feast for our families. One of the things he prepared in the big stoneoven was the Far Breton. At first I kept on calling it ‘Flan Breton’ – not surprising really given that a Far Breton is basically a thick oven-baked custard, similar to a Clafoutis. However, while a Clafoutis is a pretty delicate affair, a Far Breton is a bit more rustic. Typically cooked until deep brown if not slightly charred on top, a Far Breton is commonly studded with prunes or raisins, the batter contains a good glug of rum and is a lot less sweet than a Clafoutis. Although delicious served warm or cold I have not in fact ever come across Far Breton outside of France, whereas Clafoutis is easily found.

Although recipes are plentiful online, the one you will see below (with the small handful of changes I mention below) was the first recipe I bookmarked in a new recipe book I bought on French baking. Not that I need even more recipes but it was a tough week at work, I had been dreaming of this book ever since I bought it as a present for a pregnant French friend who wanted to learn how to bake during her maternity leave and when I spotted this book (in English even) in my favourite kitchen store in Rome, I just could not walk past it, although full well knowing I was paying a fortune for it.

Now the original recipe makes a lot of Far Breton, so I opted to divide the recipe in three, and it still filled my small fluted pie tin to the rim (making it quite tricky to place it in the oven without spilling, especially given how clumsy I am). So, whether you want to make a small Far Breton or a regular sized one, I would recommend placing the greased tin on the baking tray right in the oven and using a jug to carefully pour the very liquid batter into the tin.

1. Pre-heat the oven to 180 degrees Celsius and grease a small ovenproof dish with some butter.

2. Whisk together the flour with the salt.

3. Add the egg and whisk until you have a smooth batter.

4. Add the sugar, the milk and the rum and, making sure to scrape the bottom of the bowl, whisk everything together until you have a smooth, very liquid batter with no lumps.

5. Drain the blueberries and mix with the batter.

6. Place the ovenproof dish in the oven and carefully pour in the batter.

7. Bake for ca. 1 hour until the Far Breton is set and the surface is gold brown all over.

Notes: the original recipe calls for prunes that have soaked overnight. Another classic variation is to use soaked raisins. I opted for blueberries as that is both what I had in hand and what I was craving (and it is not too far off from using raisins). Also, while the recipe calls for rum, I opted to use the bottle of brandy leftover from making mincepie. Ale and I are not big on drinking spirits so I did not want to buy another bottle of alcohol just for baking. 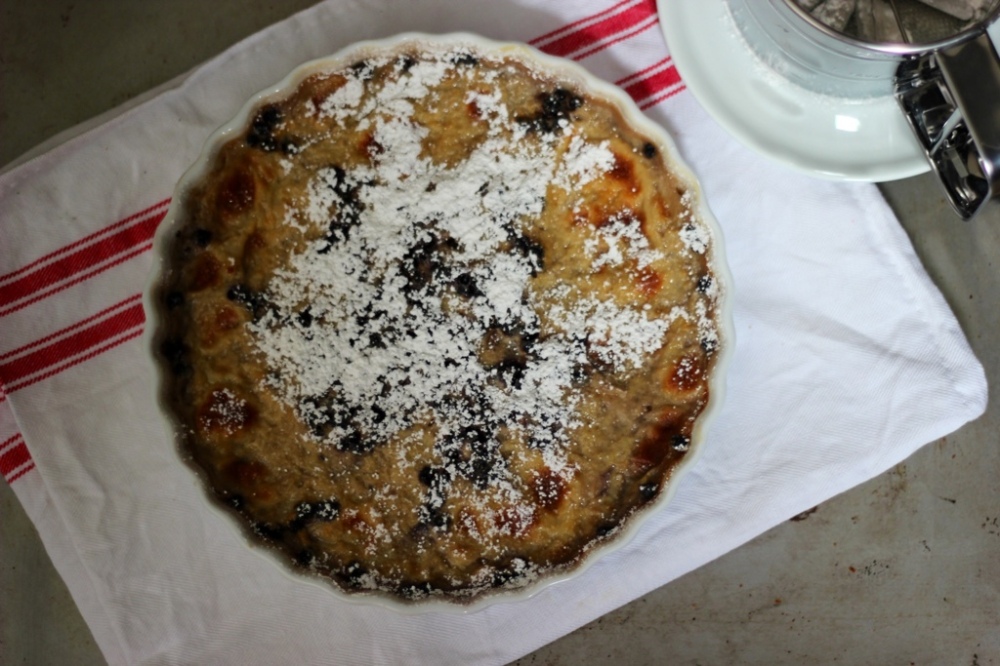