As I mentioned in last week’s post, Alessandro and I are finally off and enjoying our long-anticipated trip to Bali and Singapore. While one of the major attractions for going on holiday is definitely trying a new cuisine one thing I always bring from home is a huge stack of books to read. August is the month most Italians take their annual vacation, so I thought I would switch things up again for this month’s inspiration post and highlight some food-related books I have been enjoying this summer as well as a couple of books that have made it onto my kindle for various long flights and lazy days by the beach / pool. 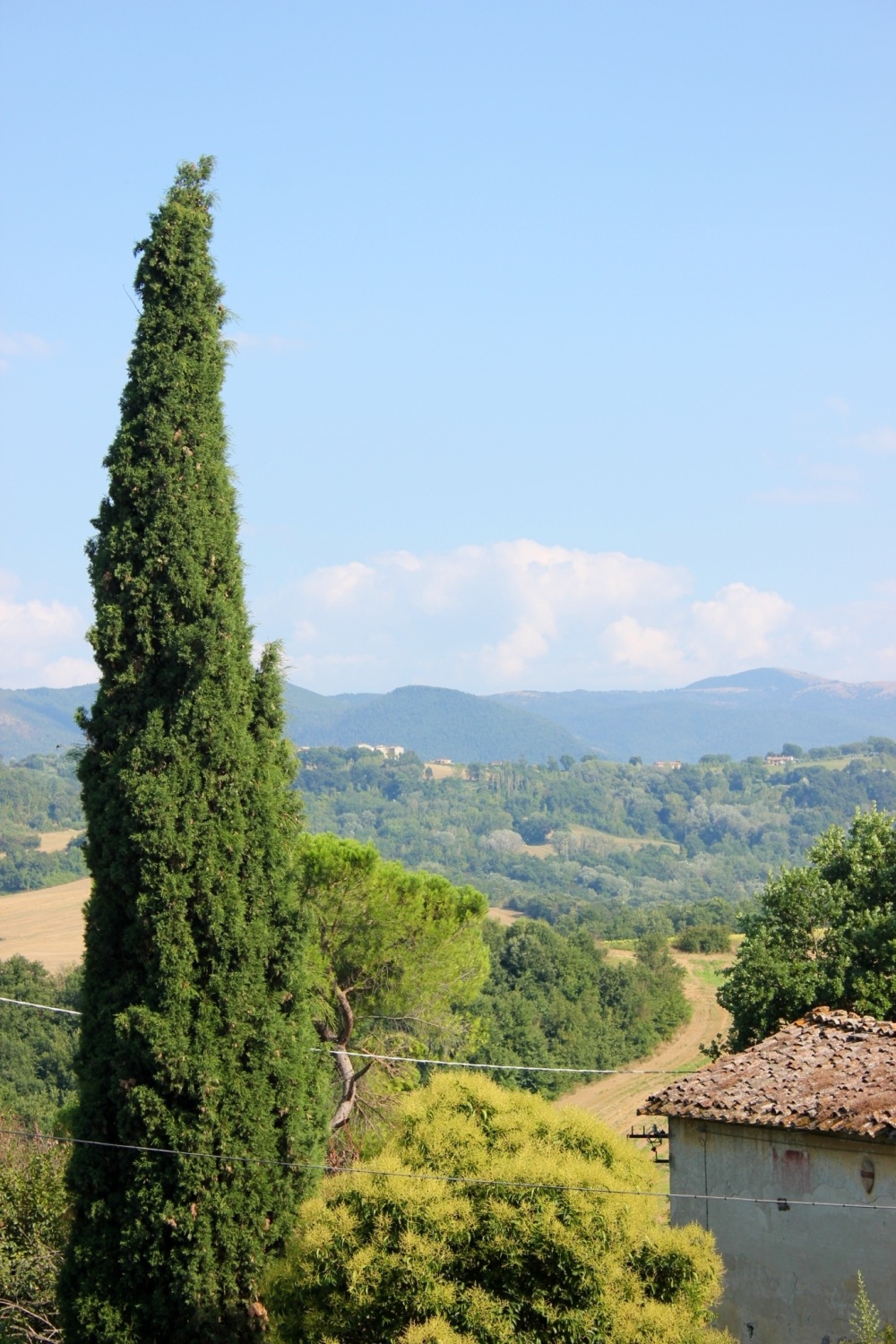 I actually bought this book for my mum who not only speaks Chinese but went backpacking around China by herself in the early 90s and knows an impressive amount about Chinese history, culture and cookery. While the cartoon-like drawing on the cover of her edition makes this book look like chick-lit, this book is anything but. Instead it gives a fascinating insight not only into Fuchsia’s introduction to Chinese cookery and how she learned to enjoy it, and above all understand it, but it is also a truly fascinating account of how China has changed over the past two decades and the impact its economic boom is having on Chinese food culture itself. From a personal perspective I loved in particular the chapters on her early trips to China, so close in time to when my mother went to China, and it gave me an even better idea of what an incredible trip my mother embarked upon, traveling around China on her own armed with no more than a backpack and a handful of addresses of friends and family of various Chinese teachers she had had over the years and who had invited her to their homes.

Jay Rayner’s A Greedy Man in a Hungry World

I finished this book in a single day which, although I love to read, is certainly rare for non-fiction books and just goes to show how compelling this book is. Essentially the book is about lifting some of the food myths we have come to believe in, for example that local and seasonal is always better and that foodmiles should be reduced as far as possible, that big supermarkets are all bad etc. While I definitely did not agree with everything he said in his book (just like with his restaurant reviews) the book definitely made me stop and think quite a bit – in particular how eating local, seasonal and organic products (something I am definitely ‘guilty’ of) is certainly not going to provide the solution to the impending (if not already ongoing) global food crisis and will not feed all those additional hungry mouths that will populate our planet very shortly thanks to an ever-increasing global population.

As a naturally nosy person I love reading the memoirs of chefs and those who have had success in the big world of anything food-related. When I went home to Germany earlier this summer, I bought what turned out to be the absolutely fascinating memoir of Gabrielle Hamilton, a successful chef who grew up in a ‘somewhat’ unusual family and, via a number of different experiences in catering and other food-related endeavours, ended up opening a successful restaurant in New York and marrying an Italian doctor. While I can identify with her frustrations but also delight of sharing life with an Italian (and therefore said Italian’s extended family) which had me smile, laugh and nod in agreement many times throughout her book what I probably liked the most about the book are her thoughts behind her restaurant and what kind of place she wanted it to be. Not that I have any plans to open a restaurant anytime soon but if I ever do then I would want my customers to feel as at home in my restaurant as she has set out to make her own customers feel at Prune. In any event she has certainly won herself a new customer as I would love to eat at Prune when I next go to New York.

Although I don’t tend to buy the recipe books of individual restaurants very often this book was an incredible gift from Alessandro. I had walked past SPQR in many bookshops before, where it was usually piled high next to Roman guidebooks rather than in the cookbook section and so I had simply assumed this book was about Roman food, it’s title the abbreviation of the Latin phrase for the Senate and the People of Rome, the city’s emblem from Roman times which is still found all over Rome. I could not have been more wrong.

SPQR is in fact also the name of a modern Italian restaurant in California where Matthew Accarrino reigns in the kitchen and the book showcases recipes from the restaurant – recipes inspired by the traditional cooking of Italy’s regions, adapted where necessary to suit what ingredients can be sourced in the US (admittedly these adaptions seemed incredibly limited) and given a modern twist without however coming across as showy or forced. To give you an idea of the beautiful recipes this book contains, the first recipe my eyes fell upon when I opened the book was for Spiced Ricotta Fritters with Smoked Maple Syrup – a recipe for honey-sweetened ricotta fritters which get tossed in a mixture of sugar, curry powder, fennel, cardamom and salt before being drizzled with maple syrup that has been smoked for 20 minutes (and as a complete novice to smoking I so appreciate the detailed instructions on home-smoking at the back of the book).

What takes this book to another level is the brief yet surprisingly detailed overviews of the different grape varieties home to Italy’s regions, highlighting a number of barely known grape varieties or varieties barely cultivated these days, together with the names of the vineyards still producing wine using these grapes and I cannot wait to plan future roadtrips to some of the vineyards referred to in the book and seek out those hard to track down and delicious bottles of wine.

Elizabeth David – An Omelette and a Glass of Wine, Italian Food

When I was in London earlier this summer with my parents to celebrate my sister Helena’s 30th birthday, one day we went for a walk along the Southbank. I have been coming there since my student days, for movies at the British Film Institute, Mojitos on the balcony of the Royal Festival Hall and numerous runs, long runs all the way from my old flat in Angel or short ones squeezed into my lunchbreak when I was working back in London and my office was on the opposite side of the Thames. These days the Southbank can be heaving on weekends, especially on a sunny day. In that regard we were lucky, it was unusually cold the weekend of my sister’s birthday so our walk was pleasantly quiet. One of our stops that did not involve a coffee to warm up was the second hand bookstalls just outside the British Film Institute. To say my mum is an avid reader is an incredible understatement (when I still lived in London she would usually come with an extra, empty suitcase just for books) so whenever we come across anywhere that sells books with my mum, we have to stop.

As I had been meaning to read some of Elizabeth David’s writing for a while, I was ecstatic to find brand new copies of two of her books, An Omelette and a Glass of Wine and Italian Food – the first one full of pieces she wrote for numerous publications over the years and the second one focussed entirely on Italian Food. Not only are the books a joy to read because of the way she writes about food, her experiences of driving around France, making friendships over food and the recipes she provides, her books also have me laughing out loud plenty of times. My mum’s and my favourite piece of hers so far is an article written for The Spectator in the early 1960s, in which Elizabeth David wonders why, when dining with another woman, “after the regulation lapse of 20 minutes, the wine-waiter brought a half-bottle of the wine ordered instead of the whole one”. She comes to the conclusion that the assumption of wine waiters that women don’t actually want to order an entire bottle (too stingy to pay for it? too frail a constitution to finish it?) must be based on some sort of previous experience yet it still strikes her as odd why the wine waiter could not have simply asked her, discreetly, or even, indiscreetly, like the train steward she once met and who had yelled at her across other bemused passengers, “A bottle, madam? A whole bottle? Do you know how large a whole bottle is?”

What I am hoping to read next is Michael Pollen’s Cooked, Ruth Reichl’s Tender to the Bone and Anthony Bourdain’s A Cook’s Tour.

As for these pictures, they were taken on a little roadtrip around Umbria Ale and I went on to celebrate my birthday in early August. If you have never been to Umbria, I cam highly recommend it – given its proximity to Rome we have been a few times already and every time we go I become more convinced that Umbria is like Tuscany only better – while I don’t dispute how wonderful Tuscany is, Umbria has the same stunning countryside of rolling hills in different shades of yellow and green dotted here and there with stunning old towns balancing precariously on various hilltops, the gorgeous hearty food and deep red and full-bodied wines yet none of the crowds that descend on Tuscany at all times of the year.

This time we stayed in a tiny castle in Aquasparta, not far from Todi, with beautiful views over Umbria and home to a fantastic restaurant. Although we only spent 2 days in Umbria this time, we managed to squeeze in short visits to Todi, Deruta and Narni, in addition to a couple of wonderful meals – there were plenty of local cured meats and cheeses, goose ragu pasta, chickpea and rosemary minestra, baked ricotta with orange mustard, the most delicious tagliata di manzo I have eaten in a long time and simple thick pasta made only from water and flour all washed down with local red wine, including a bottle of Cannaoilo, a full-bodied red wine from Umbria with a strong plum flavour and that can give most bottles of Chianti a serious run for their money.