Settling into a new favourite formula: 325g strong white, 150g strong wholemeal flour and 25g buckwheat flour, 85-90% hydration. 100g mature starter at 100% hydration and a relatively short time in the fridge (8h max), so effectively a same day bake. A slightly tighter crumb thanks to almost 40% of wholemeal flour but that also seems to keep the loaves fresh for 3(+) days and, together with the buckhweat flour, lends the bread this really nutty flavour that really doesn’t need anything else except high quality salted butter.
We cracked open this year’s first large watermelon yesterday to mark the start of ‘watermelon and feta salad’ season - aka my way of eating a large plate of watermelon and still being able to call it lunch or dinner 😂 Anybody else equally crazy about perfectly ripe, crunchy and juicy watermelon?
Homemade pineapple tepache with chaat masala. Fusion confusion or a combination that just works? (I remembered about the little sachet of Chaat Masala I brought back from India too late so the pineapple was already gone, but I figured it wouldn’t hurt to sprinkle some into a glass of Tepache. And it was delicious and perfectly thirst-quenching, will definitely do that again!)
Miso Banana Custard Pie. Need to tweak the recipe once more but then it should be ready for sharing on the blog, maybe even in time for next week’s long weekend here in Belgium. Because if this long weekend is anything to go by, then sitting on the sofa eating a slice of this Miso Banana Custard Pie with a scoop of Vanilla ice cream next to it is a damn fine way to spend a grey and windy May bank holiday weekend.
I have just shared a mammoth post on the blog on what to bake when flour is in short supply or, god forbid, sold out, which seems to still be an issue 2(+) months into the lockdown. There are recipe ideas for those that like to stretch (think small batch recipes or mixing different flours), the flour shopaholics among us (guilty as charged), the part-squirell part human and other hoarders among us plus those simply delusional who want to bake come what may, even if there is zero flour or nut flour in the house. Link is in my profile. Hope this is helpful!
Those rye sourdough brownies I made the other day are like the gift that keeps on giving. Perfectly fudgey and chewy, and rich in a way that a small sliver is more than enough to get through the afternoon slump. For my own good I had to put the remainder in the freezer. Then again, the brownies are now dangerously close to the vanilla ice cream and raspberry sorbet. I think we all know how this will likely end ... 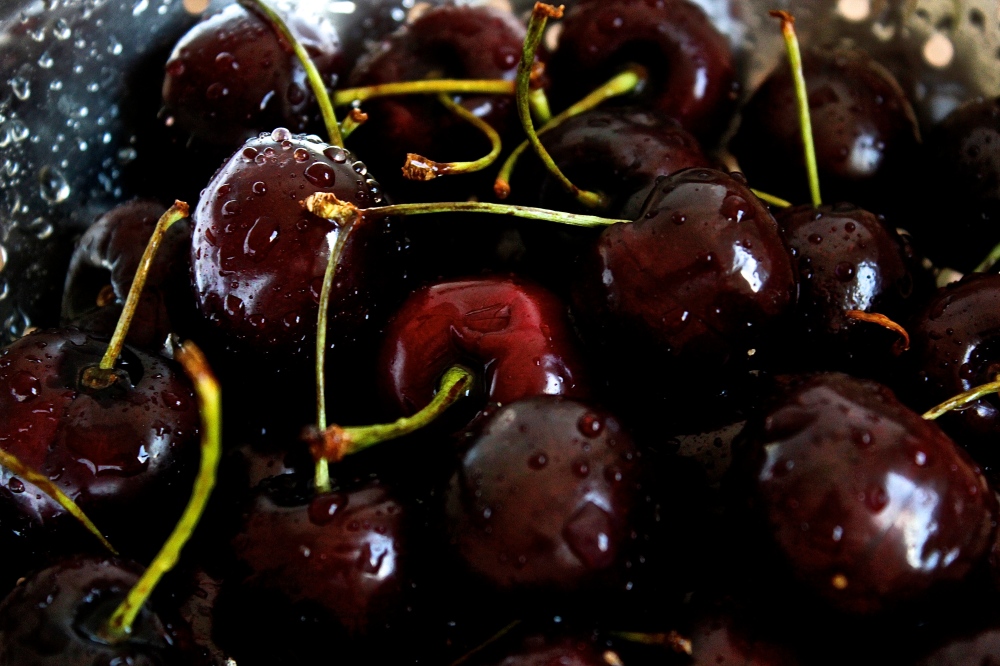 After a month of plenty of work I was particularly excited about a short trip to London last weekend. Staying with my sister Helena in her little cottage overlooking the Regent’s Canal always feels a little bit like going home and I had carefully scheduled my entire weekend to be able to see as many friends as physically possible in a 48h window while at the same time trying to visit at least a handful of new cafes, restaurants and bars in London. Yet in the end, my weekend in London lasted 5 days and turned out rather differently from what I had planned.

When I woke up on Friday morning I noticed a slight rash on my face and upper body. A quick trip to the pharmacy during my lunch break confirmed my initial suspicion – according to the pharmacist I was likely having an allergic reaction to something. I picked up a light anti-histamine and eventually made my way to London where I met up with my sister and the lovely Mehrunnisa for dinner. Helena took one look at me and said I was not having an allergy but rather had likely contracted chicken pox, something a last minute doctor’s appointment on Saturday morning confirmed.

Given how contagious chickenpox is I ended up cancelling all my plans, delayed my train back to Brussels by a few days and spent my time housebound at my sister’s place. At first I was pretty upset at not being able to see any of my friends (other than a couple of friends who had already had the chickenpox as children and who came over to keep me company). Yet in a way it was also nice to be forced to slow down for a few days. I would not wish chicken pox on anyone (the itching the first couple of days is enough to drive anyone mad), yet those days I was stuck at my sister’s place were a wonderful opportunity to catch up with Helena when she came home from work in the evenings, to read, to get some much needed sleep and just to relax, something I had not done in a long time.

Nonetheless, as I slowly started to feel better I was itching to get back into the kitchen and I had cherry crumble on my mind. I think a lot of fruit is best enjoyed as is and does not particularly benefit from being fussed over. One of the few exceptions are cherries. As delicious as they are fresh I love how just a little heat is enough to release their sweet juices in abundance and and soften them just so. And as much as I love a mixed fruit crumble, at heart I prefer those crumbles made with a single fruit, letting the flavour of fruits that might only be in season for a short few weeks a year really shine.

Note: I hesitate to say that the orange blossom water and mahlab are optional in this recipe as they are what transforms this cherry crumble from perfectly nice to something rather special. While cherries and orange blossom water are not a particularly common pairing they go together rather well – the orange blossom water brightening the flavour of the dark cherries. That being said, if orange blossom water and mahlab are hard to come by where you are, by all means leave them out, the crumble will still be delicious. Alternatively, you could add some ground cardamom to the crumble mixture (I would start with 2-3 pods, the seeds ground finely). I did not add any sugar to the filling as my cherries were perfectly ripe and very sweet but by all means use a couple of teaspoons of sugar if your cherries are not particularly sweet.

2. Pit the cherries and distribute evenly among two small oven-proof bowls. Sprinkle the orange blossom water over the cherries.

3. In a separate bowl whisk together the sugar, oats, mahlab and salt. Add the butter and rub into the dry ingredients until the mixture resembles sand. Scatter the crumble mixture evenly over the two bowls.

4. Place the bowls in the oven and bake for ca. 20 minutes. You want the crumble to be a deep golden colour and the juice from the cherries to bubble up through the crumble topping.

5. Leave to cool for 5 minutes before serving with a dollop of creme fraiche or yoghurt or even a scoop of vanilla ice cream.

9 thoughts on “Cherry Crumble with Orange Blossom Water and Mahlab”