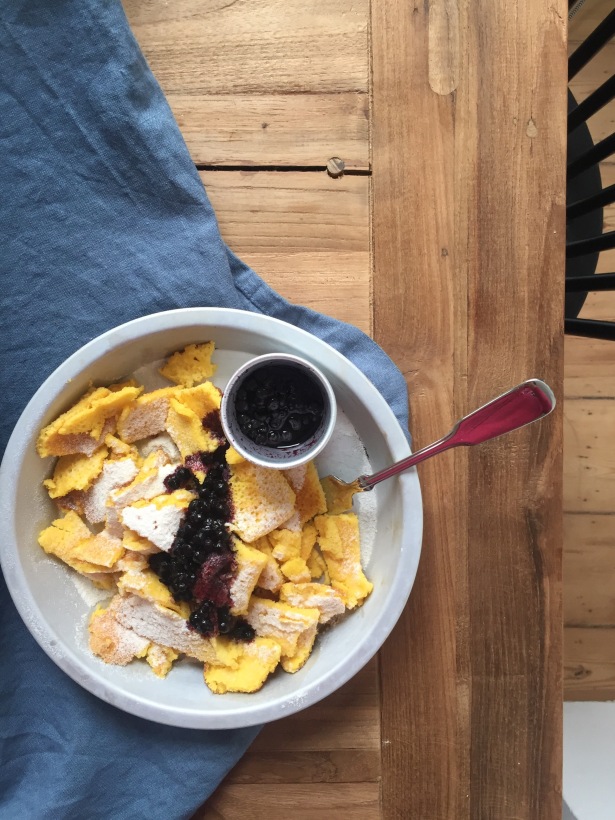 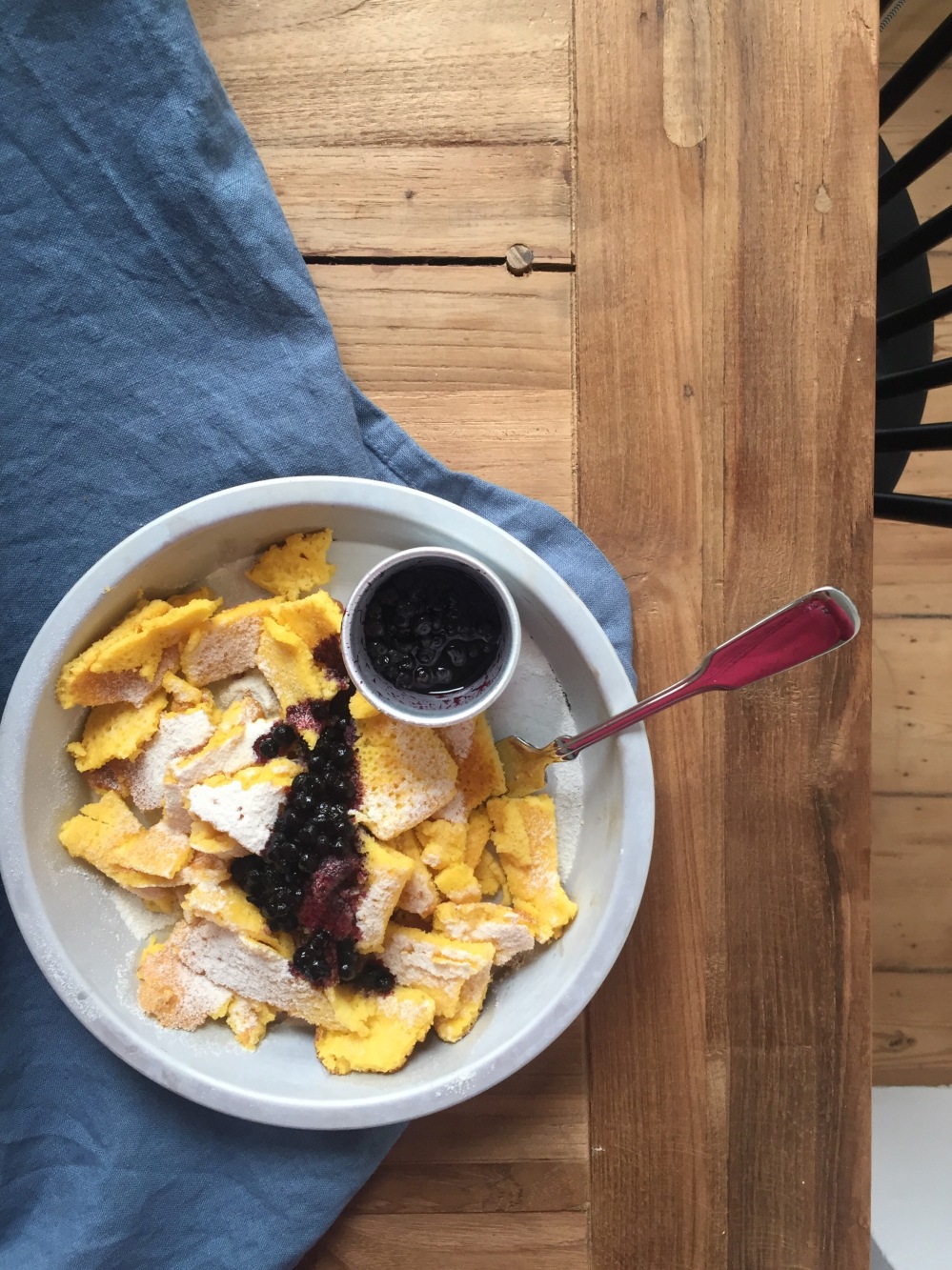 While Pancake Tuesday (which falls on 5 March this year, i.e. next Tuesday), is not a tradition in Germany, as a lover of all manners of pancakes I quickly embraced it when I moved to the UK for boarding school as a teenager. But as much as I love a regular pancake, I have always found Pancake Tuesday to be the perfect excuse to try some different pancake recipe ideas. With that in mind, here are some ideas (both savoury and sweet) to spice things up a little bit this Pancake Tuesday!

Kaiserschmarrn (pictured above) refers to a type of pancake common in Austria, Germany and Switzerland. They are unusual in that they have a very low ratio of flour to eggs and milk – resulting in a very eggy pancake. Plus, the eggs are separated and the whites beaten until stiff and then carefully folded back into the batter. So you end up with a beautifully light pancake. But don’t be fooled – Kaiserschmarrn itself is far from a light affair – because once each pancake is ready, it gets torn into smaller pieces which are then re-fried in butter before the whole thing is dusted with icing sugar and served with jam, fruit compote or apple sauce. And did I mention that the batter typically also includes rum-soaked raisins?

While commonly eaten after a day on the slopes (when your body just screams for something as hearty and filling as Kaiserschmarrn), there is no reason not to make them after another a dull day in the office (or as part of a leisurely weekend breakfast instead of your usual pancakes and maple syrup). Here is my recipe for Kaiserschmarrn.

And if double-fried pancakes are your jam, then let me introduce you to Blintzes. Similar to Kaiserschmarrn, Blintzes are double-friend pancakes. But that is where the similarities end. Because Blintzes are actually fairly delicate and thin pancakes that are wrapped around a fresh curd cheese filling before being fried a second time and then served either just like that or with some fruit compote or jam on the side. I don’t make Blintzes anywhere near enough (I am a bit of a klutz so folding the delicate pancakes around their filling isn’t where my talents shine) but I like this recipe on Smittenkitchen when I do decide to make them.

Another option is of course to make Moroccan Baghrir, fairly thin and flexible pancakes that remind me of English Muffins since they also sport a pock-marked surface full of little holes that are perfect for catching melted butter, honey, jam or whatever else you decide to top your pancakes with. Unlike other pancake recipes, Baghrir (like English Muffins) are made with a little bit of yeast, but don’t let that put you off, the batter is very easy to make!

While I have a raging sweet tooth, I am a big fan of savoury pancakes as well, be it the sturdy German style pancakes baked around fried onions and bacon (and possibly cheese-filled) of my childhood, buckwheat galettes of summers spent in Brittany or more recent arrivals in my cooking repertoire such as Chinese scallion pancakes, Italian chickpea flour based farinata, Japanese Okonomiyaki or Vietnamese Ban Xeo I love them all. What can I say, I have a weakness for anything fried that is either stuffed or wrapped around a delicious filling or where the dough or batter itself includes some flavourful ingredient.

Unless my sweet tooth has its way again, the plan for this year is to go down the savoury route. And as my pantry still needs to be restocked with various essentials after moving into my new apartment, I am tempted to keep it simple and make a large batch of Chinese scallion pancakes. That and a cold beer should do nicely!