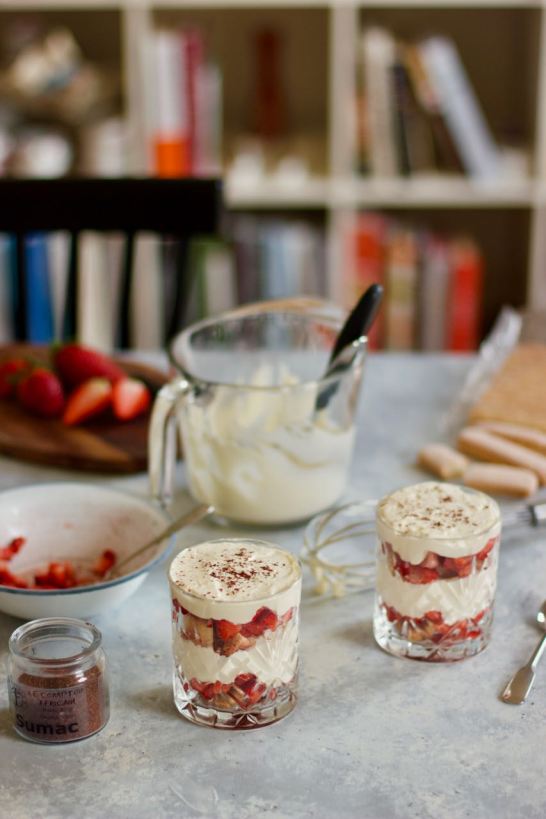 I don’t know about you, but thanks to the Covid-19 related lockdown, I am finding myself spending more time than ever in my kitchen. As much as I love cooking and baking, I cannot remember a single period of my life where I essentially had to prepare all 3 meals 7 days a week myself (or split that task with a partner).

Yet here we are. Over four weeks into the lockdown here in Brussels and at least it looks like we have found a bit of a rhythm to our daily meals. Every 2-3 days I bake a new loaf of sourdough bread which we use for breakfast and lunch. Breakfast is simple, at least during the week – typically just a couple of slices of bread with peanut butter and jam. For lunch, it might be tartines, BLTs if there is bacon left over from weekend breakfasts, or a big salad and some cheese and bread on the side. As for dinners, there is probably soup once a week, some grilled chicken or pork with a quick vegetable side, a Greek salad or similarly filling mixed salad, something easy and not too time-consuming like Vietnamese summer rolls etc. And once a week or so we order pizza – both to support local businesses but also to keep our sanity. It is really only during the weekend that lunch or dinner might be a bit more elaborate, when we make things like fried chicken KFC-style (but better) or cheeseburgers with homemade brioche burger buns. After all, both of us are lucky enough to still be working full-time and somehow, despite the lockdown slowing things down somewhat, we don’t find ourselves with that much extra time on our hands.

One thing I have had to learn very quickly is that meal-planning is less than straightforward during this lockdown. Unlike before, these days I find that there are always at least 2-3 items I can’t get hold of during my weekly trip to my local supermarket. And not just eggs and flour or yeast, but also random things like bananas, or fresh herbs, tomatoes, or certain types of cheese. So I have had to become creative and find substitutions for ingredients a bit more frequently and adjust recipes as I go along. In fairness though, this Tiramisu-ish with Strawberries, Sumac and Labneh was entirely intentional.

I adore Labneh, the thick, strained, yoghurt famous in the Middle East that is technically considered a cheese and I have been meaning to play with it more in desserts. Here, labneh stands in for Mascarpone – itself a type of cheese (even if in my mind I always think of it as a cousin of clotted cream). And while a strawberry tiramisu isn’t particularly traditional, it is nonetheless a variation on the classic quite common even in Italy (I mean, who can resist strawberries and cream?!).

And the sumac? Well, sumac and strawberries are simply a brilliant pairing. Sumac on its own is already magical. Unlike lemon juice, it adds acidity without adding moisture. And yet, it also adds a very different type of acidity to say lemon juice. Sumac is sharp and fruity the way green apples are. Once added to strawberries macerating in sugar, it just makes the strawberries taste brighter and fruitier where the sugar, while adding sweetness, can also dull the strawberry flavour itself.

When you mix all three of these elements together, you get something magical – a rich and almost mousse-like cream, softened ladyfingers that taste wonderfully eggy like the egg-rich sponge they are made from and strawberries that taste so fresh and fruity as though you just picked them yourself that morning.

Tiramisu-ish with Strawberries, Sumac and Labneh

Notes: As non-traditional as the ingredient line-up might sound, the process for making this Tiramisu-ish will be familiar to anyone who has ever made Tiramisu. Yolks (with sugar) and whites get whipped separately and are used to lighten the cream part of the Tiramisu (here, labneh instead of Mascarpone cheese). And while lady fingers are normally soaked with coffee syrup, here the ladyfingers get the necessary moisture from the strawberries macerated with both sugar and sumac.

*Labneh is a fresh cheese made from strained yoghurt. You can buy this ready made in many Middle Eastern supermarkets. However, it is easy to make this yourself. Simply line a colander or sieve with a nutmilk bag or a clean kitchen towel, add some yoghurt and set it aside to strain for 6-8 hours. Use a yoghurt you really enjoy eating and ideally one with higher fat content if making labneh for this (a fat content of 6 percent or more). How much yoghurt you will need to make 500g worth of Labneh will depend on how much whey your yoghurt has. To be on the safe side I would start with 1kg of yoghurt, any left over Labneh you can use like yoghurt or turn it into a simple dip by spreading on a plate and topping with some olive oil and za’atar. Also, don’t throw away that whey – you can add it to your smoothies, pancake batter, bread doughs etc.

Start by mixing the strawberries with the sugar and sumac. Set aside.

To make the cream, whip the yolks with the sugar until tripled in volume. Whisk together with the labneh. Whisk the egg whites and the pinch of salt until stiff peaks. Add one third of the egg whites to the labneh and whisk to combine. Carefully fold in the remainder of the egg whites, making sure the mixture doesn’t deflate too much.

To serve (and if you are feeling fancy), you can sprinkle some extra sumac over the final layer of labneh and decorate with a few more strawberries, e.g. a mix of whole, halved and quartered.

Best eaten on the day it is made, it will keep for 1-2 days but not that the strawberries will continue to soften over time. 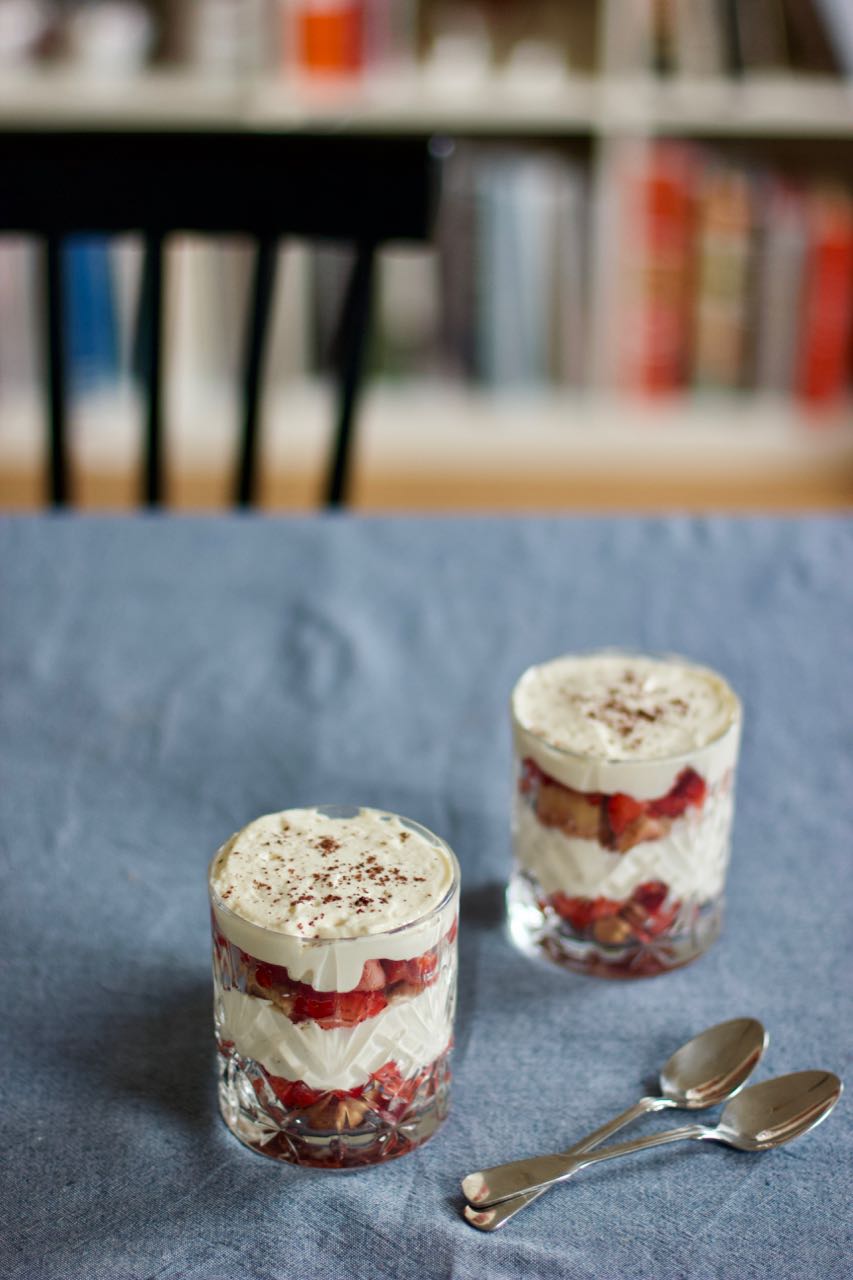 7 thoughts on “Tiramisu-ish with Strawberries, Sumac and Labneh”