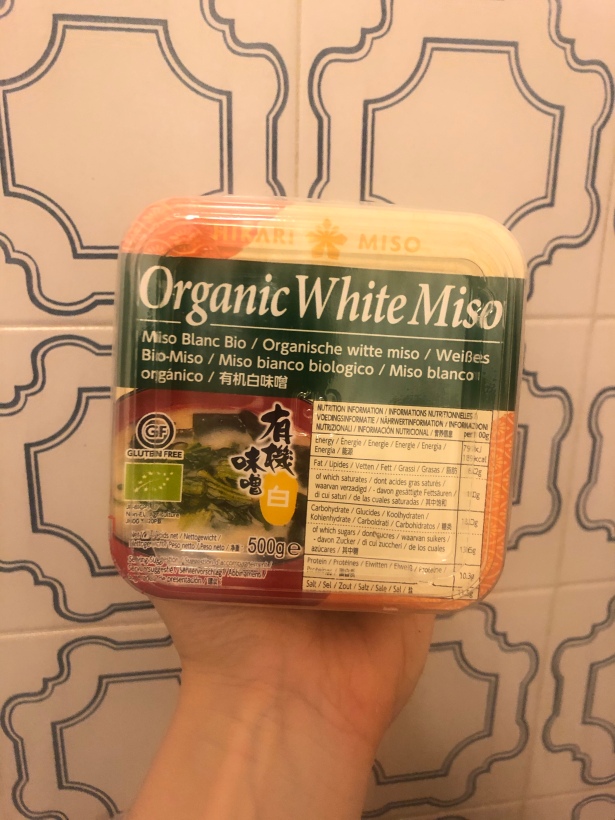 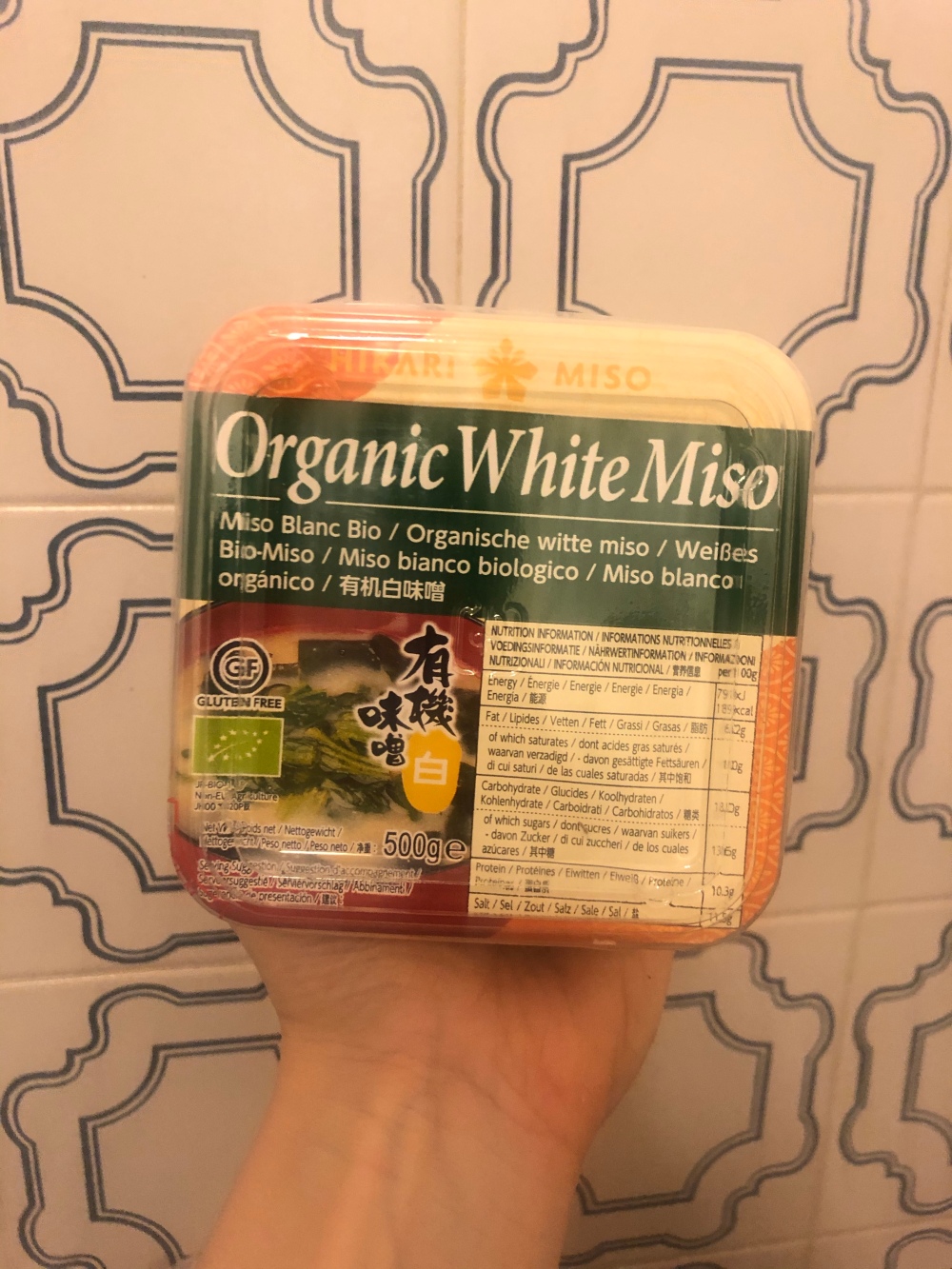 It was not the first time I came across Miso in a dish. Yet this time it was different. And all these years later I still remember many details of that day. I was still living in London back then, not far from Angel where I shared a flat with friends from law school. My then boyfriend was in town for the weekend and we had agreed to meet some friends for brunch at Ottolenghi on Upper Street. We opted for one of their brunch formulas and I chose a few different salads from their mouthwatering display. But one salad really stood out – a large bowl filled with a heaping pile of charred stalks of asparagus and other kinds of vibrant green vegetables covered in a Miso dressing, sweet, sour, creamy and with an unmistakable funk. I was hooked.

Soon after, I started experimenting with Miso in my own kitchen. Nervously and a bit cautiously at first. In part because I could never successfully replicate that Ottolenghi salad. But also because it seemed strange that something that tasted so odd on its own would be so transformative when added to a dish. I also played around with different kinds of Miso, trying increasingly darker varieties of Miso and Miso made from other legumes and grains such as barley. Eventually I settled on white Miso (also called sweet Miso or Shiro Miso). Thanks to a shorter fermentation period it is more delicate in flavour and lower in salt which makes it so versatile and particularly useful as an ingredient for baking and desserts.

Eventually my first still cautious forays into the world of Miso turned into a full-blown obsession. I stirred Miso into homemade marshmallow fluff, dusted churros, morning buns and French toast with Bon Appetit’s Miso sugar, prepared banana Miso custard tarts, added spoonfuls of Miso to mugs of hot chocolate, slathered schnitzel baguettes with a thick layer of Miso aioli, followed Heidi Swanson and pounded walnuts with Miso, olive oil, white wine vinegar, honey, garlic and salt into a sort of pesto to mix into pasta and made jar after jar of Bon Appetit’s Miso apricot jam. And I began to wonder – is there anything that could not be improved through the addition of Miso?

But that is not to say that Miso and I haven’t had our share of difficulties. As with any new relationship, eventually the rose-tinted glasses had to come off. As flexible an ingredient as Miso once seemed, eventually I discovered even Miso had its limits.

It turns out that adding Miso in cookie dough in sufficient quantities for the flavour to come through is tricky. Folding Miso into doughs and batters helps them brown much more quickly and, in certain quantities, far too quickly. That also means that while it is easy to make soft caramels with Miso, the higher temperatures required for hard caramels mean the Miso will burn before you get there. And as delicious as the idea sounded in my head, stirring Miso into homemade marshmallow fluff did not infinitely improve the final product – in fact it made it worse. Worst of all, a several week long experiment of baking bread using only Miso as a raising agent failed so spectacularly it was almost comical. While my Miso bread dough definitely showed signs of activity, it is practically impossible to put into words how vile the dough smelt once it looked sufficiently risen to bake bread. On the upside, there was an important life lesson here: if no one has tried what you are currently trying, maybe, just maybe, there is a reason for that.

If Miso paste was my first love when it comes to fermented foods, it was also my gateway drug to other fermented foods from Asia. Cheese toasties and fried rice no longer taste right unless they include a hefty portion of Kimchi. I also discovered the wonders of umeboshi plums – whether placed in the centre of a handful of rice to make Onigiri or rinsed and chopped finely to add a certain oomph and funk to plum compote. I also had to make space on the little tray next to my stove where I keep my oils, vinegars and other condiments for a bottle of fish sauce – to add to salad dressings and marinades but also to season soups, stews and stir fries. And slowly but surely Gochujang, a Korean chile paste made with fermented soybeans is quickly replacing my beloved bottles of Sriracha, tubs of Harissa and other chili sauces to add to marinades and dressings or serve alongside sandwiches.

These days Miso and I are comfortable. Gone is the euphoria of the early days when I thought anything and everything could be (and should be) improved through the addition of Miso. Yet gone is also the nervousness of those early days. Today, I know what works with Miso and what doesn’t. And I have come to appreciate Miso as a reliable staple in my pantry. And yet, every once in a while I start experimenting again and I know that every experiment holds the promise of that same euphoria I first felt when I started playing around with Miso. Of discovering something that is essentially a seasoning yet manages to transform other ingredients into something so much more than the sum of their parts.

Tell me, do you cook or bake with Miso? If so, what is your favourite way of using it?