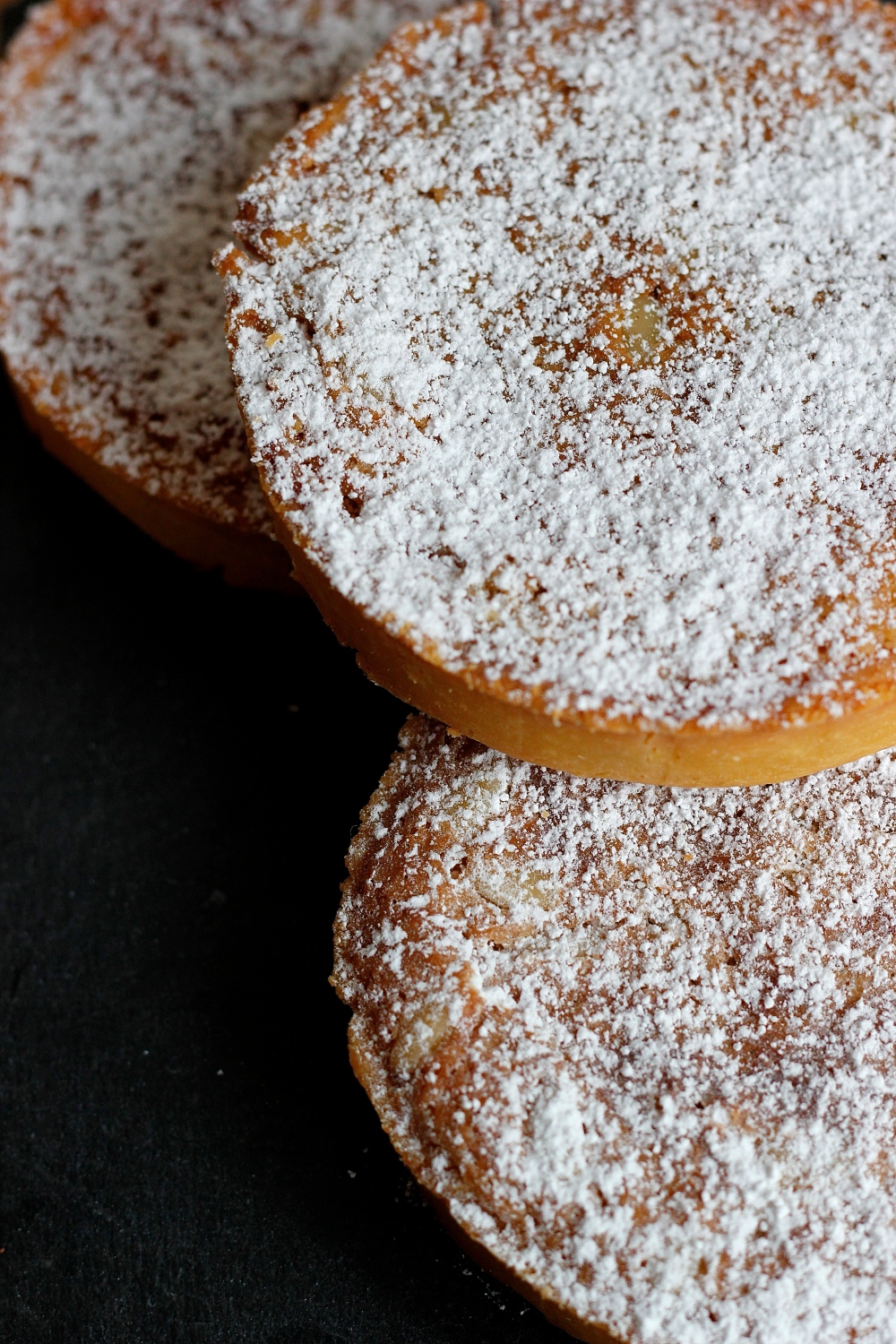 My company’s London office is snuck right between St Paul’s and City Thameslink Station. While the options for lunch (Leon, Pret a Manger, Pod, Crush etc) are pretty much the same as for most of Central London, the office has the benefit of being close to a number of decent coffee places. One cafe I had been meaning to try for a while is Alchemy Coffee. So when I found myself working in our London office a few months ago on a rather hot September day, I decided to make a little detour on my way back from lunch and stop by Alchemy Coffee to get an iced cold brew coffee with milk.

I like cold brew coffee for a couple of reasons – above everything else, I love its flavour. Cold brewed coffee often tastes smoother and more balanced with far less acidity than coffee brewed with hot water. In fact, there are plenty of coffees I have enjoyed as a cold brew but not otherwise. I also like how cold brew cuts down the preparation time in the morning – no messing around with the coffee maker, aeropress, moka etc. Once you have made your cold brew coffee, all that is needed in the morning is a tall glass and some ice (optional yet highly recommended add-ons: a generous pour of almond milk and a teaspoon of maple syrup).

This is not surprising given that a number of coffee varieties have citrus notes, in particular those from Ethiopia (although such varieties are now grown across the world) and those grown at high altitude. Coffees with a lighter roast are also more likely to have a citrus flavour than those with a darker roast (as the citrus notes disappear with the longer roasting process). 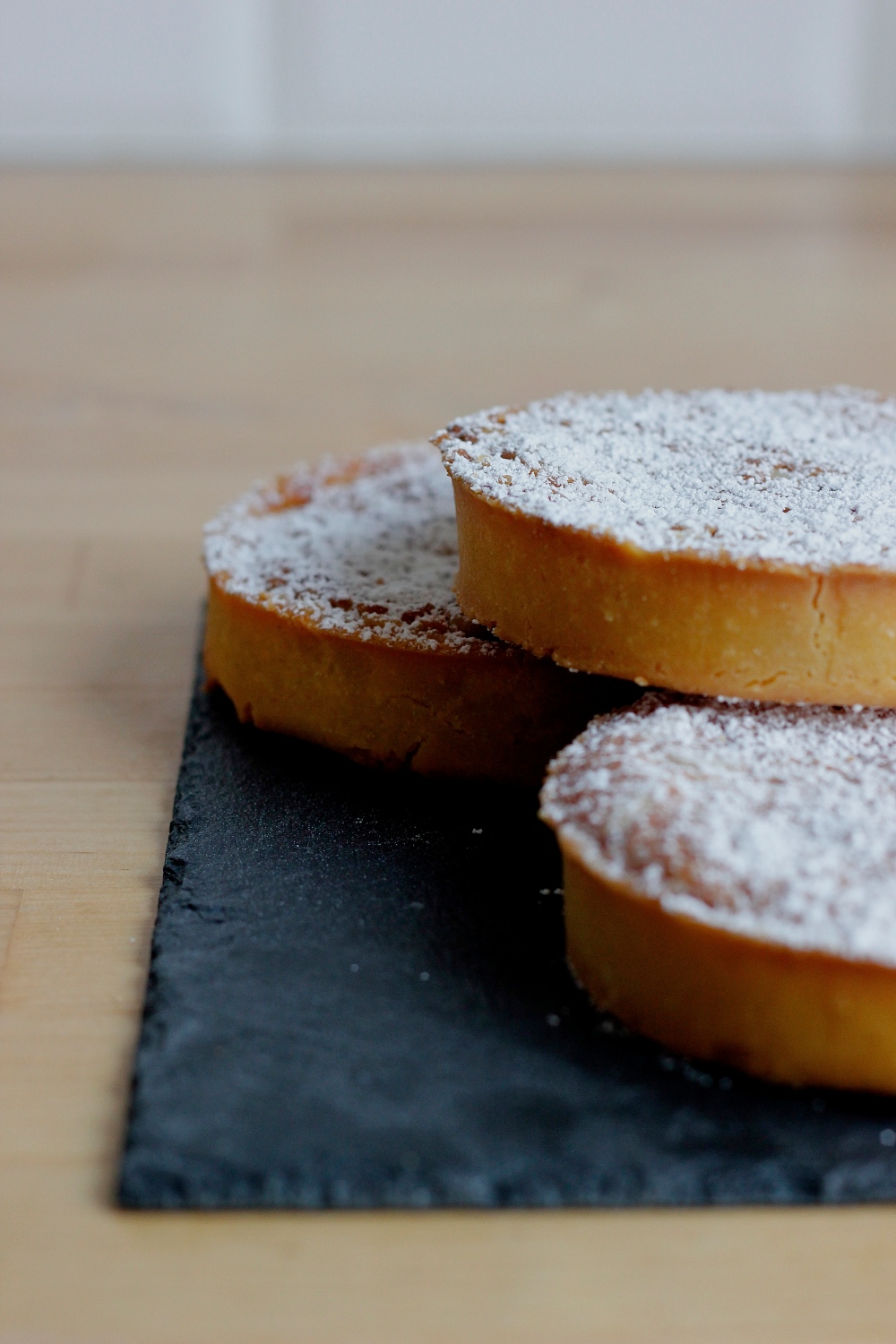 I am rather partial to a Coffee and Orange Tiramisu (as Niki Segnit says, it is “nicer than it sounds”). And I would take this Orange Mocha Marble Cake over traditional marble cake any day. And while I cannot testify to its effectiveness, back home in Germany, a black coffee with a shot of lemon juice is supposed to be the ultimate hangover cure.

Serving something citrussy alongside your cup of coffee is thus a no-brainer – whether in the form of a Lemon Poppy Seed Muffin, a wedge of Tarte au Citron, a handful of Liquorice and Orange Madeleines or indeed a lemony twist on Bakewell Tart such as this version.

While Bakewell Tarts can be tooth-achingly sweet, here the sharpness of the lemon curd cuts through the sweetness and richness of the frangipane. The pine nut frangipane itself is delicate in flavour and while pine nuts are not cheap, I love the almost resinous flavour they have.

While temperatures here in Brussels are hovering dangerously close to the freezing point again, it will be a while before I start drinking cold brew coffee again. But in case you are somewhere warm and are looking for a guide on how to make cold brew coffee, here is one from Blue Bottle: https://bluebottlecoffee.com/preparation-guides/cold-brew. 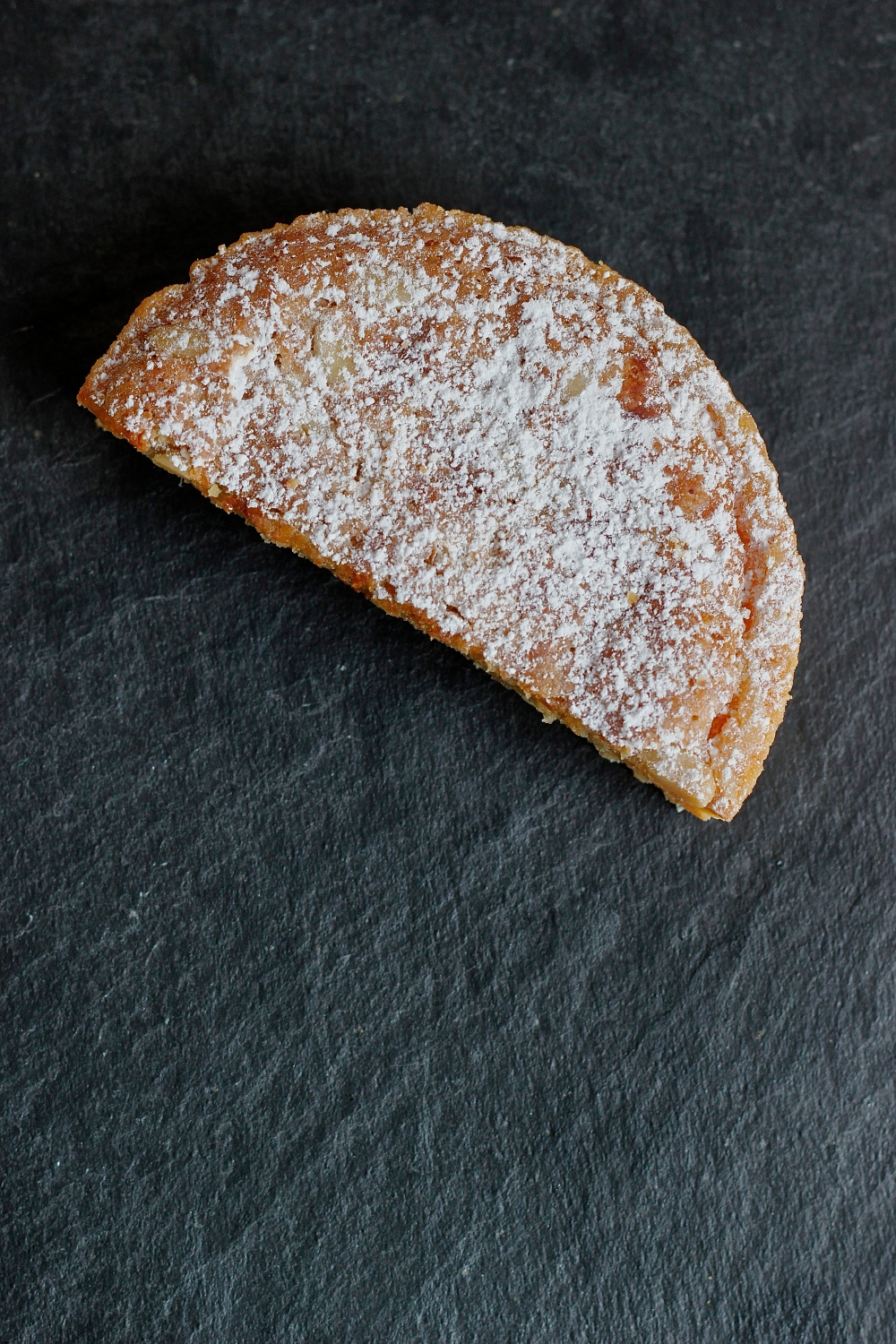 I was lucky enough to come home from Italy with a bag of lemons from a friend’s lemon tree so I made my own lemon curd for these tarts. You can certainly use store-bought lemon curd (which also has the benefit of keeping better than homemade lemon curd). That being said, making lemon curd at home is easy, cheap and quick, so if you have never tried making it yourself, I have copied below the recipe I used.

Start by making the pate sucree. In a bowl, beat the soft butter and sugar until creamy. Add the egg and beat well to incorporate. Whisk the salt into the flour and stir into the wet ingredients. Using a spatula or a wooden spoon work the flour into the wet ingredients until the mixture forms a cohesive dough. Shape the dough into a ball, wrap in clingfilm, flatten into a disk and place in the fridge to firm to rest for at least 30 minutes.

While the dough is resting, prepare the frangipane. In a bowl beat the butter with the sugar until creamy. Add the eggs one by one and beat to incorporate. Add the pine nuts and yellow maize flour and stir to combine. Set aside.

Pre-heat the oven to 200 degrees Celsius. Knead the chilled dough until pliable then roll out to 2mm thickness on a floured surface. Prepare a sheet pan with six 10x2cm tart rings. Line the tart rings (you may have to re-roll the dough to be able to do so) cutting off any excess dough with a sharp knife.

Carefully spread 1 tablespoon of lemon curd over the bottom of each tart, followed by the frangipane (this should fill each tart to just below the top). Scatter the remaining pine nuts over the tarts.

Bake for ca. 15-20 minutes or until the frangipanie is golden brown and set. Leave tarts to cool for at least 10 minutes before carefully removing the tart rings. Dust with icing sugar to serve.

Add all the ingredients to a small saucepan. Heat on medium heat until the butter and sugar are melted. Stirring constantly wait until the mixture starts to thicken considerably and has reached 70 degrees Celsius. Strain the lemon curd and pour into a jam jar.

Stored in the fridge the lemon curd will keep for 5-7 days.

You can find all other posts in the Goes Well With Coffee series here.