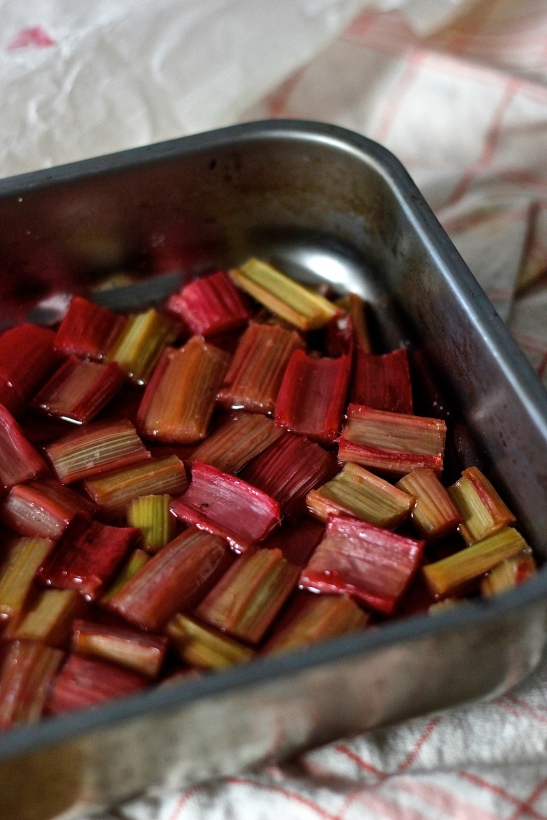 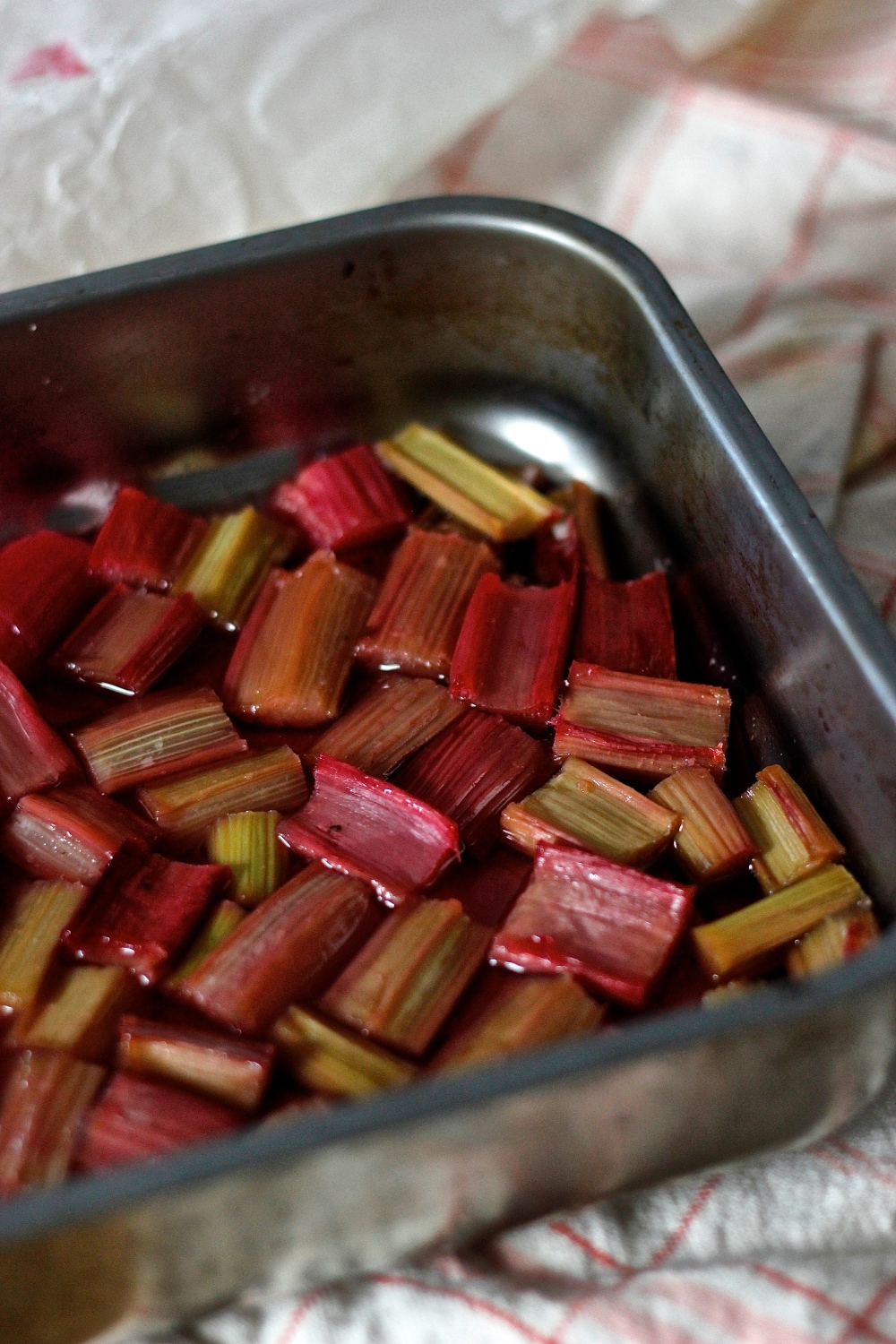 Browsing through my recipe index the other day I noticed a couple of things. First, it is in dire need of an update – both to ensure there are links to all the recipes on  the blog but also to make it more user friendly (so you can find what you are looking for). But what struck me even more was how few fruit-based recipes there are.  Which is somewhat odd given how much fruit I eat.

To be fair, I do prefer to eat most fruit as is, with as little fuss as possible.  A bunch of grapes in my hand on the way home from the market, popping one after another into my mouth; blueberries by the handful when really they were meant for my morning bowl of porridge; just rinsed strawberries that don’t even make it from the colander into a serving bowl.

But I make some exceptions.  There is my grandmother’s Alsatian apple cake (think sweet pastry base, a thick set custard heavy on vanilla and soft halved apples). And then there are her legendary Windbeutel (large profiteroles filled with sweetened whipped cream with raspberry coulis rippled through it). Or my dad’s Tarte Tatin which is infinitely better than any other Tarte Tatin I have ever eaten because he always lets the caramel go darker than most people will dare to.

When I picked up my first crimson rhubarb stalks at the market the other day, I had all the intention of baking a rhubarb-something or another. As always, I came home with far too much rhubarb. So I decided to start by roasting it. That also gave me the opportunity to finally use the jar of tonka beans that re-surfaced when I tidied up my spice drawer the other day. A quick 30 minutes later and I was rewarded with a tray full of plump rhubarb pieces – firm enough to hold their shape yet soft enough to yield easily to a spoon or fork – swimming in a crimson lake of tart yet sweet rhubarb juice.

Spoon after spoon the rhubarb started disappearing. First straight from the roasting tin into my mouth. Soon after, spooned over some thick strained yoghurt. Before I could finish all the rhubarb, I decided to go ahead and bake some rhubarb buckwheat financiers I had been meaning to try. And they were nice. Perfectly so in fact. But the roasted rhubarb was so special on its own, both in terms of flavour and texture, I decided to share the recipe for the roasted rhubarb – the financiers can wait.

Roasting rhubarb is as simple as it is revelatory. If you are anything like me then until now you will have always cooked your rhubarb in a saucepan on the stove. For me, a guaranteed way of ending up with an unsightly, stringy rhubarb pulp, albeit a tasty one. This year I decided I had had enough and looked up different techniques for preparing rhubarb. In the end, I tried roasting the rhubarb, inspired by a technique I read about in both in Alice Waters’s Chez Panisse Fruits and Claire Ptak’s Violet Bakery and that Nigel Slater uses as well.

By roasting the rhubarb in a single layer and not disturbing it while it roasts you end up with evenly cooked rhubarb pieces, firm enough to hold their shape yet so soft they yield easily to a spoon or fork. A little bit of sugar draws out water from the rhubarb so you end up with plenty of crimson rhubarb juices, as sweet as tart (and rather addictive when topped with some sparkling wine or water).

As for the Tonka Bean? I must admit it is a flavour that had to grow on me (and that has grown on me). When I first tried it I found it almost overpowering, nothing like the vanilla it often gets compared to. It is certainly not as warming a flavour as vanilla – rather its flavour is clean and bright and almost pungent, with both floral and woody notes. I really like it with fruits that are slightly acidic, think raspberries or indeed the rhubarb. There is something about Tonka Beans that underlines the flavour of whatever you use it with

It goes without saying that the roasted rhubarb is delicious spooned over some strained yoghurt. It would also not be amiss on top of a bowl of porridge or (ideally still warm from the oven) on top of some vanilla ice cream!

Notes: This is a simple but revelatory technique for roasting rhubarb. If you don’t have tonka beans to hand, you can use half a vanilla bean instead. Alternatively, you could use orange zest, star anise and ginger for a spiced rhubarb compote.

500g cleaned and trimmed rhubarb, cut into bite-sized pieces
100g caster sugar
1/4 tonka bean, grated (ca. 3-4mm worth) (you can use a microplane or nutmeg grater for this)

Pre-heat the oven to 180 degrees celsius.

Stored in the fridge, the roasted rhubarb will keep for about 1 week. 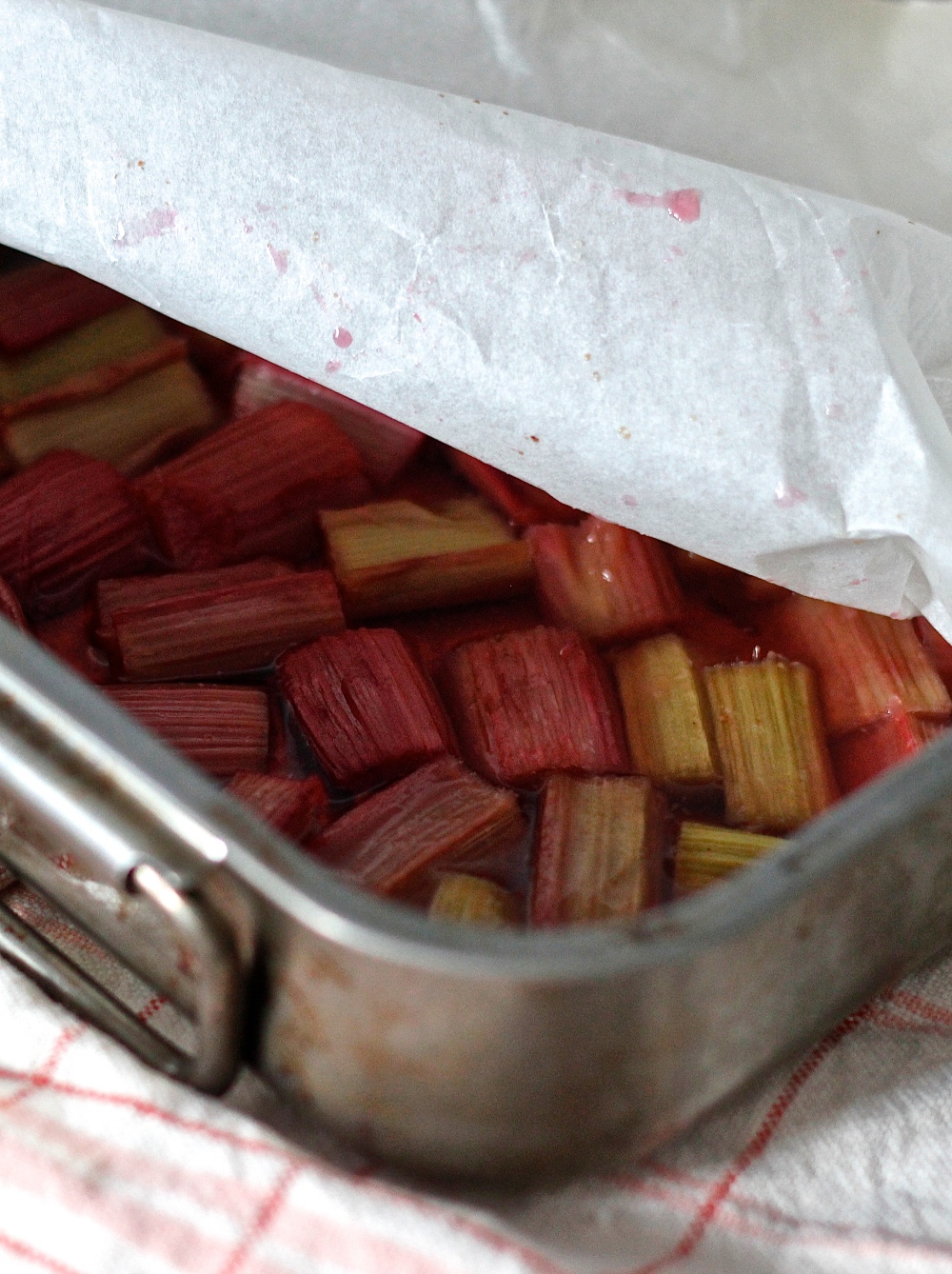